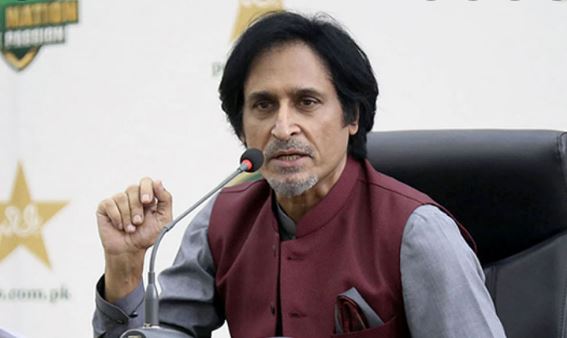 LAHORE, Jun 24: Pakistan Cricket Board (PCB) Chairman Ramiz Raja has said that the idea of an annual quadrangular T20I series involving Pakistan, India, Australia and England was still alive with the International Cricket Council (ICC) and it has not been shelved.

In a post Board of Governors (BoG) meeting press conference at the Gaddafi Stadium here on Friday, he said the four-nation concept was not dead as was presumed by the media, adding that the ICC was bundling rights for the ICC world cup events when the idea was floated and it was not appropriate time to pursue the idea otherwise the investors would have chased it. He said PCB will pursue the idea in a robust way.

To a question, Ramiz acceded to the idea that the expanding IPL window was squeezing the bilateral series, adding that no announcement has yet been made on IPL being given two and half month window in the next ICC Future Tours Programme. He said it was highly unlikely for IPL being a domestic tournament, assuring he will take up the issue at the ICC AGM in July.

‘PCB will give its opinion in a bold way wherever it feels short-changed’, he responded.

Ramiz took credit for holding PSL 7 in one piece at home grounds, adding that the PSL was played in bits in pieces in the past which broke the momentum. He said the audiences have started to own Pakistan cricket and this filled the coffers which is a good omen for cricket.

Taking credit for the success under him, he said Pakistan cricket team’s success is 75 percent since he took over in September last and this is the best success rate among all cricketing nations. He urged the media to highlight the achievements of the cricketers and cricket board instead falling for the negativity. “We are open to positive criticism and would welcome all opinion on how to improve team’s performance”, chairman PCB said.

On commercial excellence, he said there has been an increase of 81 percent in PSL model, 35 percent growth in shirt logo while there has been a phenomenal rise of 77 percent in sale of rights this year, adding that the funds have been at the highest in the history of the PCB. He said Pakistan Junior League (PJL) will also attract money for the PCB, adding that the board has been envisaging new ideas and properties.

On the organizational excellence, he said fans engagement has been on the top of agenda, adding that people saw house-full during the PSL, Pakistan-Australia series and Pakistan- west Indies series in Multan, adding that

he also talked about revamping of infrastructure at major stadiums and renovating cricket grounds in small stadiums so that cricket could reach to these cities, adding that the spectators in small cities are desirous of seeing their heroes.

Defending his decision to change coaching staff prior to the ICC T20 World Cup 21, he said the decision brought freshness to the performance, adding that Australia batting great Matthew Hayden will again be hired to coach the team in ICC T20 WC 22 in Australia.

To a question, he said PCB does not want to be burden on the provincial government due to security concerns and it is also unjust to lockdown a city, adding that 70 rooms each will be constructed in Multan and Karachi while 30 rooms will be erected at the National High Performance Center (NHPC) to make room for the players to stay during a series.

He said sponsors wanted to invest in Pakistan cricket, adding that a drop-in pitch costs a billion rupees but it is difficult to arrange for the transportation, adding that the board has decided to import soil from Australia while a curator will be here in July. He said the cricket pitches against Australia were dead, and that is all pitches have been replaced in 107 centers in the country and a Dubai-based company will stitch artificial grass on these pitches. He also told of experimenting with 80 percent clay content in the making of the pitches.