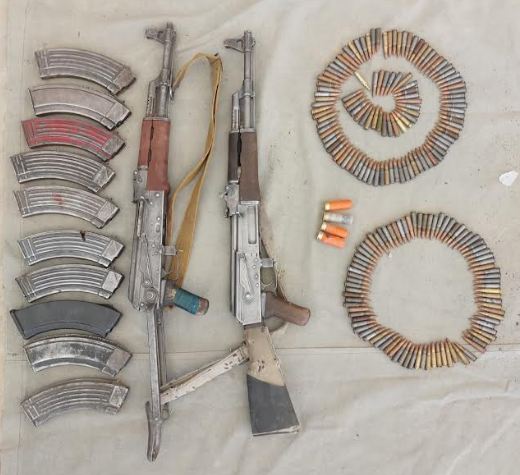 RAWALPINDI, JAN 18 /DNA/ – An Intelligence Based Operation (IBO) was initiated to clear a hideout of Terrorists, linked with firing incidents on Security Forces and civilians besides planting of Improvised Explosive Devices on M-8, in general area Talsar, Hoshab.

As a result of continuous intelligence, Surveillance and Reconnaissance (ISR) of the area, a location of the Terrorists was identified and security forces were heli inserted. While the establishment of blocking positions to cut the escape routes was underway, 4 Terrorists opened fire onto the Security Forces.

During ensuing heavy exchange of fire, all four Terrorists have been killed, while a cache of arms and ammunition including Improvised Explosive Devices (IEDs) has been recovered.