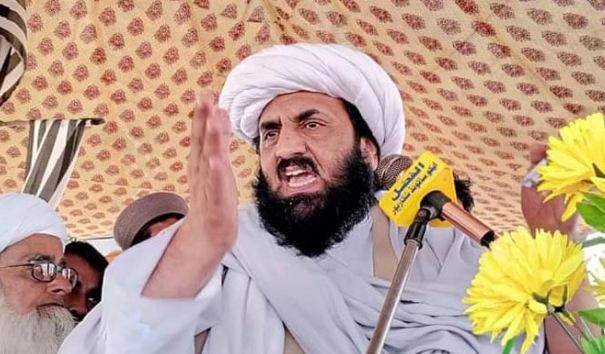 ISLAMABAD, JAN 22: Pakistan Democratic Movement’s (PDM) spokesperson Hafiz Hamdullah Sunday said that the next general elections will be postponed if the country’s economy fails to recover.

Berating the Imran Khan-led government, Hamdullah said that the PTI left the power by leaving the country financially tied. “PTI was imposed by force,” he added.

Pakistan is making efforts to boost its foreign exchange reserves — held by the State Bank of Pakistan (SBP) — which currently stand at $4.601 billion, just enough to pay for just four weeks of imports.

SBP-held forex reserves have plunged to the lowest level since February 2014 after a decline of 22.11%.

Pakistan is in dire need of foreign aid to reduce its current account deficit as well as ensure enough reserves to pay its debt obligations for the ongoing financial year.

Pakistan’s economy has crumbled alongside a simmering political crisis, with the rupee plummeting and inflation at decades-high levels, but devastating floods and a global energy crisis have piled on further pressure.

The reserves, which hit their lowest level since February 2014, will now only provide import cover worth 0.82 months, as the country tries to lessen imports amid a greenback shortage.

The government is also eyeing to pass the ninth review of the International Monetary Fund (IMF) to secure a $1.1 billion bailout package.

In line with its plan to convince the IMF to complete the pending ninth review, Pakistan shared the basic contours of negotiations with the high-ups of the multilateral institution with the expectation that both sides will kick-start virtual talks from next week.

A senior official of the Finance Division told The News that an email has been sent to the IMF and “we are waiting for their response.”

While virtual talks are expected to kick-start on Monday it is not yet known whether the upcoming talks will be formal or informal in nature. If formal talks begin, it will be a significant development as informal talks had continued during the last two and a half months.

One top official of the Finance Division also confirmed to The News that the government has shared the basic contours of the upcoming round of talks with the IMF Mission Chief Nathan Porter.

It was learnt that the two sides discussed matters regarding:

Fiscal consolidation, including taking additional taxation measures and curtailing expenditures to restrict the budget deficit within the envisaged limit agreed with the IMF

Taking all required corrective measures to devise a sustainable roadmap for cash bleeding energy sector such as curtailing flow and stocks of the circular debt, hiking tariffs of electricity and gas sectors

Bringing the exchange rate aligned to the free market mechanism

The official further added that the IMF’s mission chief informed Pakistan about their readiness to hold virtual talks next week, and the review mission could also visit Pakistan if needed.

“If all thorny issues are resolved in virtual meetings, then the staff-level agreement might be struck without paying a physical visit in the next seven to 15 days,” the top official said.

The source revealed that the IMF had already communicated to Islamabad to develop an agreement on the Memorandum of Financial Policies (MEFP) for striking a staff-level agreement.

“If the IMF mission paid a visit and the talks remained inconclusive, it would be more damaging to the economy,” he said, adding that Pakistan might start talks from coming Monday so that both sides can evolve a consensus on the MEFP document.

Pakistan Teheek-e-Insaf (PTI), since its government was overturned through a vote of no-confidence in April last year, has continuously demanded the federal government announce a date for the elections.

PTI chief Imran Khan, who was ousted from power through a no-trust vote, reiterated the need for fair and transparent snap polls as the foremost solution to the crises.

However, the government’s stance on conducting elections on time remains unchanged.

Since its ouster, the PTI launched a long march twice — in May 2022 and October 2022 — in a bid to force the government to conduct snap polls.

On November 27, 2022, Khan abruptly ended the second long march and announced that the party will resign from all the provincial assemblies.