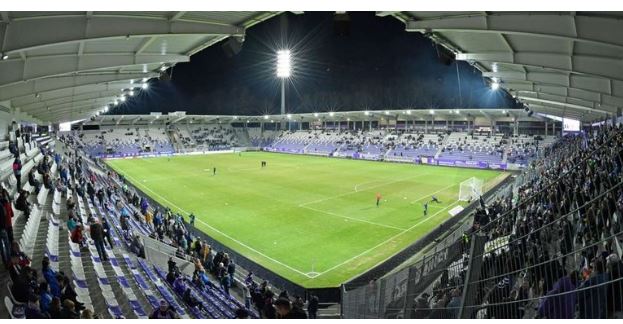 A German second division club president has called for a football lockdown for the rest of the year owing the coronavirus pandemic.

Infection numbers have been rising sharply in the country, regional lockdown measures are in place again in some areas, and a growing number of footballers are also catching the virus.

Erzgebirge Aue boss Helge Leonhardt has told broadcasters MDR and the Bild paper late Tuesday that football needs to act and shut down for a few weeks.

“We need a football lockdown until the end of December. The next four weeks will be extremely difficult for our country and will be an acid test for us. Smart and orderly action will be required, not chaotic action,” Leonhardt told Bild.

He told MDR: “I trust the virologists and doctors, and when they say we’re facing dramatic weeks, my footballers don’t have to go to Bremen and play in front of 20,000 spectators.

“We have to put the protection of the people at the centre, be role models. I am also sending this appeal to the (German Football League) DFL, regardless of whether it is heard there or not.”

The Bundesliga and second division have five matchdays left in 2021, and Leonhardt said the games could be played instead in mid-week early next year.

Many clubs ranging from Bundesliga champions Bayern Munich to third tier Magdeburg are without players who are either infected or have to isolate as contacts of infected players.

Leonhardt also spoke of competition distortion because matches must be played behind closed doors in their home state of Saxony while other states still allow reduced capacities with strict entry rules, or even almost full stadiums.