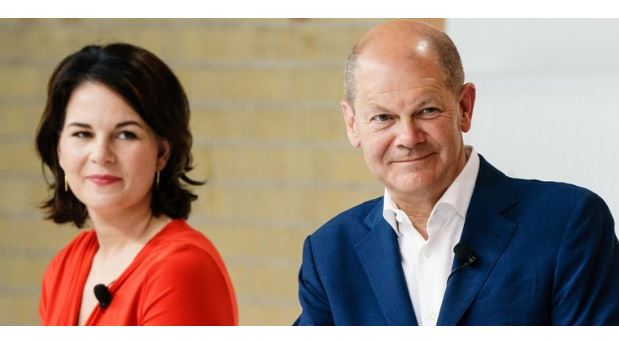 Ahead of German Chancellor Olaf Scholz’s trip to Beijing later this week, disagreements are emerging within the Social Democrat-led coalition government over ties with China, with the Greens pushing for a tougher line.

Foreign Minister Annalena Baerbock said Tuesday, during a visit to Uzbekistan, “The chancellor has decided the timing of his trip,” adding: “Now it’s crucial to make the messages that we set together in the coalition agreement, the messages that I also brought here to Central Asia, clear in China as well.”

Baerbock added that in her talks with Uzbek Foreign Minister Vladimir Norov, she “made it clear that we as the German government is putting together a new China strategy, because the Chinese political system has changed massively in recent years and thus our China policy must also change.”

Scholz last month pushed through a compromise for China’s investment bid for a container terminal in the Port of Hamburg despite objections from Green politicians.