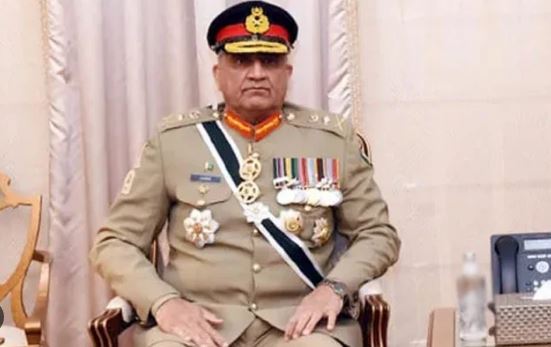 Discussions underway to do away with the legislation, claims Interior Minister Rana Sanaullah

ISLAMABAD: The PML N government intends to change the law that seeks to give extension to the Chief of the Army Staff in order to defuse any confusions, said the Interior Minister Rana Sanaullah while speaking in a TV show on Monday.

The interior minister further said the government was already in contact with its allies on this issue and wants to do away with it sooner rather than later. He said the high command of the PML N discussed these issues during recent meetings.

Rana Sanaullah further said the purpose of doing away with the extension system is to avoid any confusion and unnecessary controversies. He said, respective army chiefs may try to get extension which may create institutional problems therefore the government wants to amend this provision. He hoped the military establishment would also support the initiative.

To a question he said the summary for the appointment of new army chief shall be initiated as per law. He said the prime minister will make the selection keeping in view the larger interest of the country.

He said, there were unnecessary rumors being spread about this appointment. He also dispelled the impression as if this appointment were discussed in London. He said, Prime Minister Shehbaz Sharif is well aware of the sensitivity of this appointment there he would never discuss it publicly. He avoided the question when he was asked whether the current DG ISI was also in the run for the coveted slot. He made it clear that no government high officials had ever met with the candidates being discussed for the top post.

The Interior Minister said, “people should wait and see and avoid speculations”. He however asserted that everybody would be satisfied with the selection the prime minister will make, at the end of the day. He also ruled out divergent views among the party leaders on various names being discussed for the said post.