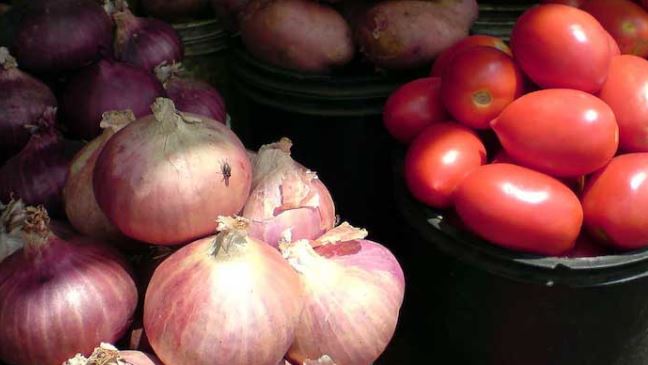 ISLAMABAD, AUG 31: Syed Naveed Qamar on Wednesday said the government is importing onions and tomatoes from Iran and Afghanistan, which would stabilise the prices of these items in the local market.

Naveed said that after the flood situation, the supply chain of essential goods was affected, which will take time to improve.

He said that the government is also taking more steps to control food inflation.

The minister said that in the current situation, the opposition should not politicize the International Monetary Fund (IMF) program.

Anything that harms the IMF programme will harm the country’s economy, livelihood, and people of Pakistan.

At this time, “we must not do politics around the economy, and now the government and the opposition parties should be on the same page in implementing the IMF program.”
Naveed said that now Prime Minister Shehbaz Sharif has offered the opposition to work together to get people out of this situation.

He said that on this occasion, the opposition should work together with the government to minimise the sufferings of the people instead of playing politics.

He said that “we want to strengthen the economy so that people can get relief.”

He said that if the country’s economy is strong, then there will be ease for the coming government also.