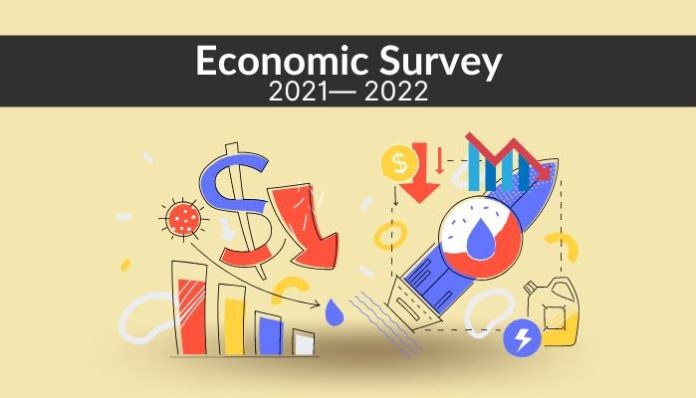 ISLAMABAD: The federal government will launch the pre-budget document, Economic Survey of Pakistan 2021-22, on Thursday showing a robust gross domestic product (GDP) growth rate of 5.97%, with higher current account deficit of over $13.7 billion, and a mixed trend of performance by the key macro economic indicators during the year.

The survey is scheduled to be shared with the media at a press conference during which an overview of the economic progress made in last year in Pakistan will also be provided, official sources said.

The document will highlight the main features of the policies undertaken by the present government, which are focused on bringing macro-economic stability and putting the economy on a growth trajectory.

The survey will cover the development of all the important sectors of economy, including growth and investment, agriculture, manufacturing, mining, fiscal development, money and credit, capital markets, inflation, debt and liabilities.

Most of the targets set for the outgoing fiscal year 2021-22 seemed to be achieved or even surpassed the previous years’ targets, as the macro economic indicators have showed good performance during the year. However, performance of some sectors such as balance of payment, foreign direct investment and fiscal deficit remained below average during the year.