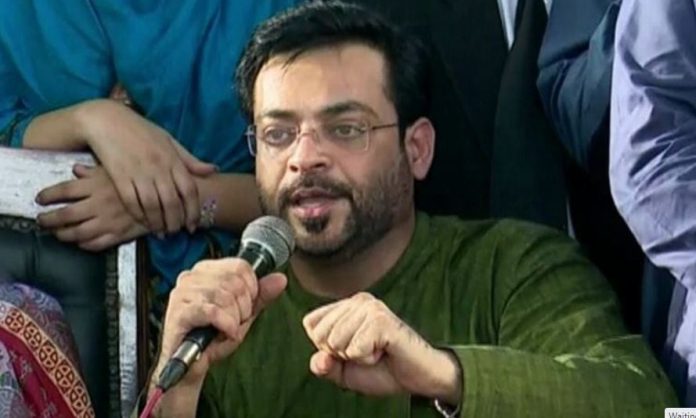 He was 49 years old. He was married thrice .

The police officer said Liaquat’s condition deteriorated early in the morning after which he was moved to the Aga Khan University Hospital, where he was later declared dead. He added that initial reports show no foul play; however, the post-mortem examination of the politician will be conducted at the Jinnah Postgraduate Medical Centre.

Liaquat had joined the PTI in March 2018 and was elected as MNA from Karachi in the general elections held later that year. He had later fallen out with the party.

He had earlier been a key leader of the Muttahida Qaumi Movement (MQM) and had parted ways with the party in August 2016, saying at the time that he would be leaving politics.

Liaquat had been working in the media industry for several years now. In 2001, he joined Geo TV where he hosted Aalim Online, a religious programme that gained him a large following.

Over the past few years, Liaquat had hosted Ramazan transmissions on both Geo TV and Bol News. The last show he hosted was Bol House with Amir Liaquat.

He faced multiple controversies in his career as a television host. A number of his shows were temporarily banned by the Pakistan Electronic Media Regulatory Authority (Pemra) over hate speech. In 2018, the Islamabad High Court had barred him from making any appearance on the electronic media.

Immediately after the news was reported, condolences started pouring in from various segments of the society.

President Dr Arif Alvi expressed deep grief and sorrow at Liaquat’s sudden death. In a statement on Twitter, he prayed for the forgiveness of the deceased and his high ranks.