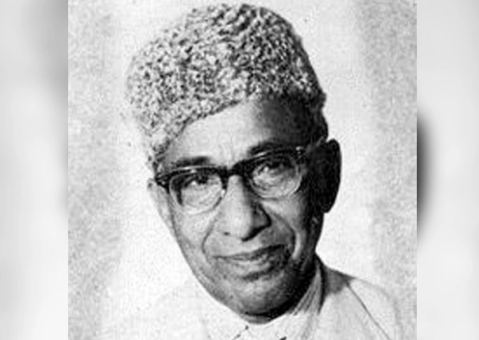 ISLAMABAD, DEC 21 (DNA) — Prominent poet and the writer of the national anthem Hafeez Jalandhari was remembered on his 40th death anniversary here on Wednesday where tributes were paid for his literary contribution.

He was born in Jalandhar, Punjab, British India on January 14, 1900. After the independence of Pakistan in 1947, he migrated to Lahore, electronic channels reported.

Talking to a state run news agency, Editor Urdu Pakistan Academy of Letters Akhtar Raza Saleemi said that besides being the author of the national anthem, Hafeez Jalandhari was a fine lyricist and the famous song of Malika Pukhraj “Abhi To Mein Jawan Hoon” was written by him. He said that Hafeez wrote short stories and also produced literature for the children. He said the distinguishing feature of his work was patriotism.

Hafeez had written numerous Nazms among which several collections have been published, such as “Naghmat-e-Raz” and “Soz-o-Saz”. In his poems, he used the old forms neatly, chose eloquent expressions, and made his poems a source of joy.

Besides the National Anthem, Jalandhari also wrote the Kashmiri Anthem, ‘Watan Hamara Azad Kashmir’. He wrote many patriotic songs during the Indo-Pakistani War of 1965. Jalandhari was awarded Hilal-e-Imtiaz and Pride of Performance for his patriotic services. He passed away on December 21, 1982, in Lahore at the age of 82. = DNA