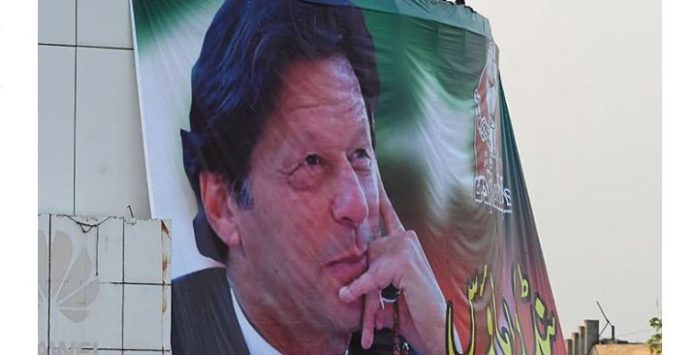 In a press conference in Lahore on Wednesday, PTI Focal Person for Economy Hammad Azhar said that the party would hold a “huge” protest outside Punjab Governor’s House at 5pm to record its protest.

The political situation in Punjab is tense as Governor Baligh-ur-Rehman — belonging to the Pakistan Muslim League-Nawaz (PML-N) — had summoned a session today for a vote of confidence pertaining to Punjab Chief Minister Parvez Elahi.

But defying the directives, Speaker of the Punjab Assembly Sibtain Khan — a PTI member — termed the order against the constitution and adjourned an ongoing session till Friday.

In response, Interior Minister Rana Sanaullah threatened that the government would issue a declaration at 4pm today — which is still not out — to remove Elahi as the chief minister.

The PTI has decided to all-out oppose any move that the Pakistan Democratic Movement-led opposition throws its way and called for a protest outside the Governor’s House.

“A circus has been set up across the country,” Azhar said, berating the opposition, including Pakistan Peoples Party (PPP) Co-chairperson Asif Ali Zardari, for allegedly being involved in horse trading.

In light of a trust or no-trust vote, the votes of the Pakistan Muslim League-Quaid-e-Azam (PML-Q) are extremely important and the opposition was eyeing getting their support through PML-Q chief Chaudhry Shujaat.

However, a statement released from the PML-Q said that the lawmakers of the party have assured their complete support for the incumbent chief minister — Elahi.

In a meeting — presided over by the CM and PML-Q’s parliamentary leader Sajid Bhatti — members gave CM Punjab full authority for all decisions and resolved to remain united under his leadership, the party statement read.

If a no-confidence motion is moved in the provincial assembly, members agreed to vote in favour of the chief minister, speaker and deputy speaker.

In this regard, addressing the press conference alongside Azhar, PTI Senior Vice President Fawad Chaudhry also mentioned that all PML-Q MPs have backed CM Elahi, the speaker, and the deputy speaker.

“We have the numbers,” Chaudhry said, noting that the PTI and PML-Q have joint members amounting to 187.

The former law minister mentioned that under Article 101(3), the president has the authority to remove the governor.

Basharat said in the letter written for the removal, the speaker has also complained about the governor’s behaviour.