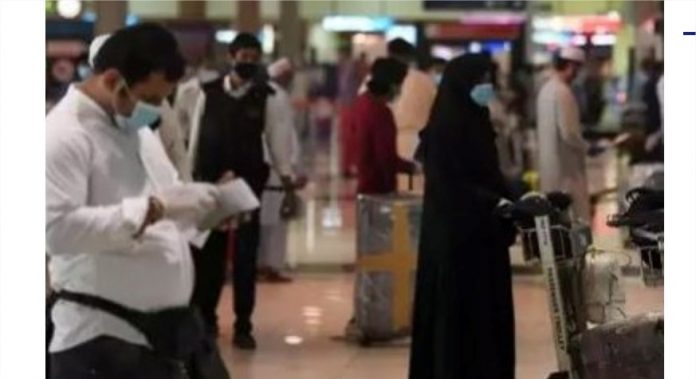 Half of the UK’s imported coronavirus cases were reported in travellers from Pakistan, The Telegraph reported on Friday, as the country seeks to impose stricter quarantine measures on foreigners.

The UK government’s Public Health England recorded a total of 30 COVID-19 cases in people who had arrived from Pakistan since June 4.

A quarantine expert from Exeter University, Bharat Pankhania, suggested the government concentrate its resources on thorough screening of individuals from “high risk” countries rather than a “light-touch” quarantine.

“As soon as a country reaches a set threshold, special screening and tests are done on all individual arrivals at the border. If they are staying in Bath, for example, then the local public health director is alerted and they are subject to on-the-door checks by his or her team,” he said.

“You also need to make it clear that this is a serious issue if you are coming from an at-risk country, and increase the penalties for breaches so that those who do [breach], go to prison and/or [are subject to a] £10,000 fine.”

Authorities say there are two flights on a daily basis from Pakistan and since March 1 the UK has recorded more than 65,000 travellers from the country after flight operations were restored.

Initially, flights were operating to repatriate British and Pakistani nationals, with up to a dozen trips per week. The Telegraphs says 25,000 British nationals were repatriated from Pakistan between April 4 and May 13.

Recently, the flying schedule has become more regular. Other countries and airlines are suspending flights from Pakistan as the country continues to export COVID-19 cases.

South Korea’s government has temporarily banned people from Pakistan and Bangladesh from entering after a rise in imported coronavirus cases was reported.