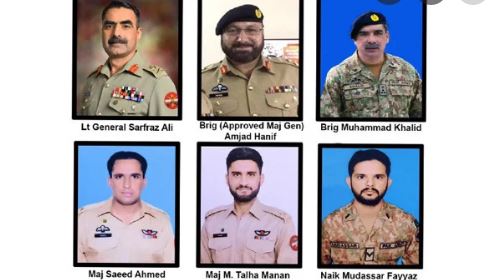 ISLAMABAD: The government has decided to arrest all the people behind the negative propaganda against Lasbela helicopter crash on social media, sources privy to the investigation told .

They added that a campaign was launched against the Pakistan Army by the workers of a political party and Indian social media accounts actively participated in it. The investigations show that at least 17 Indian accounts were linked to the campaign. Last week, Federal Investigation Agency (FIA) Cyber Crime Wing registered a case and launched an investigation into the malicious social media propaganda following the martyrdom of army officers in the Balochistan helicopter crash.