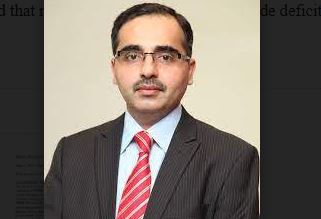 ISLAMABAD: /DNA/ – The Friends of Economic and Business Reforms (FEBR) on Sunday termed the increase in electricity base tariff, which has gone up by Rs7.9/unit, as unlawful and a violation of NEPRA rules, as any jump in tariff has to be determined only after holding public hearings but unfortunately the authorities have solely decided to raise the tariff without holding public hearings.

FEBR President Kashif Anwar noted that the government has raised the prices of all petroleum products, just a week after making a similar increase, following the National Electric Power Regulatory Authority approved a huge increase of Rs7.91 per unit in the power tariff. Now petrol is available at Rs209.86 per liter, high speed diesel at Rs204.15, kerosene oil at Rs181.94 and light diesel oil at Rs178.31. With the new hike in the power tariff, the price of a unit is expected to move upwards from Rs16.91 to Rs24.82.

He condemned the National Electric Power Regulatory Authority’s decision to increase electricity tariffs, stating that the burden of power theft, mismanagement, and inefficiencies cannot be shifted to consumers on the pretext of fuel adjustment.

Kashif Anwar said that Pakistan’s industry had been harmed by the high cost of doing business, which discouraged investment in capacity and capability and called for easing the burden of heavy taxes on the power sector.

Despite an inevitable increase in the prices that will unleash a strong wave of inflation, the government remains short of clinching a deal with the International Monetary Fund that still requires an agreement on the budget for fiscal year 2022-23.

On the other hand the NEPRA has increased the electricity rates mainly on account of fuel prices, capacity cost payments and the impact of rupee devaluation against the US dollar.

The base tariff has gone up to Rs24.82/kWh — higher by Rs.7.9078/kWh than the earlier determined national average tariff of Rs16.91/kWh — determined by the power regulator for the ongoing financial year. This is the highest average tariff rate for power consumers.

He stated that the constant increase in power tariffs on the pretext of fuel adjustment had increased electricity prices and added to the already high cost of trade and industry. Seeking comparable energy tariffs for domestic industries in order to capture the global market, he stated that due to high electricity rates, power theft became rampant as the tariff was unaffordable to consumers.

He urged the power ministry to identify system constraints and communicate targets to all concerned departments in order to launch a wartime effort to upgrade the transmission system.

He urged the completion of all ongoing power projects well ahead of schedule. He stated that business-friendly policies must be adopted, similar to those adopted by other neighboring countries in the region.

He suggested that the amount specified in trade policy be used to promote exports by providing incentives to trade and industry and by exploring new markets. According to the FEBR Chief, Pakistan’s electricity prices were already on the high side, which was the primary reason for the country’s price hikes. He stated that providing affordable electricity would assist in lowering production costs, thereby benefiting the public. He stated that rising imports and a widening trade deficit posed a serious threat to economic growth and must be addressed urgently.