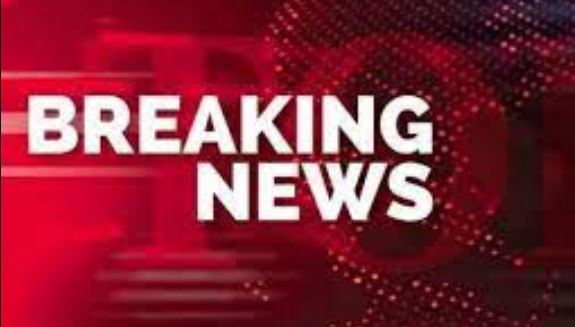 Dark nights at sea can be scary.  When you see a light closing in, you are not sure whether it is a menacing warship, a harmless fishing boat or a benign merchant ship. If it is wartime, many dangers lurk hidden in the cloak of darkness. On 9th Dec 1971, a similar situation existed.  The moon was to rise after 9:30 pm and it was pitch dark.  Pakistan and India had been at war since 3rd Dec. Two Indian Navy anti-submarine frigates KHUKRI and KIRPAN were patrolling near Diu Head searching for their prey, the Pakistan Navy submarines.Submarines and naval ships are old adversaries.

This rivalry was joined by aircraft as a potent weapon to kill submarines in World War I.  World War II saw many epic battles between submarines and submarine-hunters. The war at sea in the Atlantic was characterised by U-boats playing havoc with the allied supply lines. In the Pacific, Allied and Japanese submarines made their name. Admiral “Bull” Halsey of the United States Navy speaking well after the war, observed, “If I had to give credit to the instruments and machines that won us the war in the Pacific, I would rank them in this order; submarines first, radar second, planes third, and bulldozers fourth.” As compared to the United States, Royal, Japanese, and German navies of WW II, Pakistan Navy is a small force.  In 1971, the Indian Navy was 5 times bigger than Pakistan Navy.

Nevertheless, we can proudly claim a similar feat by our small submarine force during the 1971 Indo-Pak war. On this night, the time was 8:19 PM.  A massive explosion under the Indian Navy Ship KHUKRI doomed the anti-submarine frigate and sent her to a watery grave.  An E-15 acoustic homing torpedo fired by HANGOR found its mark and hit the ship’s magazine full of explosives. PNS HANGOR’s daring action etched the fateful moment in the annals of naval warfare. World War II saw U-boats, Japanese and Allied submarines sinking many warships.  HANGOR’s historic action took place about 26 years and 6 months after submarine attacks in the closing stages of World War. We can recall 2 successful actions by submarines.

On 29th April 1945, at about 10 PM, the U-boat U-286 hit anti-submarine frigate HMS Goodall (K 479) with a Gnat (German Naval Acoustic Torpedo) in the entrance to the Kola Inlet near Murmansk (Russia). The magazine exploded, blowing away the forepart of the vessel and killing the commander. One hundred twelve crew members died. The abandoned ship had to be scuttled by gunfire. This was the last confirmed U-boat success in the North Atlantic theatre. The war in the Pacific continued a while longer. At 00:15 AM on 30th July, the USS Indianapolis (CA 35) Heavy Cruiser was torpedoed by the Imperial Japanese Navy submarine I-58 and sank in 12 minutes. The cruiser was heading for the Philippines after delivering parts of the nuclear bomb that was dropped on Hiroshima on 9th August. The ship was struck by 2 straight running torpedoes.

Of 1,195 crewmen aboard, approximately 300 went down with the ship. Like the sinking of KHUKRI, both these sinkings occurred in the dark of the night.PN Submarine HANGOR had arrived in Pakistan in December 1970.  PN Dockyard, Karachi, only had only rudimentary repair and logistic support for these newly acquired platforms. A similar state existed in PN Torpedo Depot that supplied the submarines’ main weapon – torpedoes.  However, the gathering war clouds after March 1971 urged all-around dedication, zeal, and application.

Everyone in the logistics chain rose to the task at hand.  All the Daphne class submarines – HANGOR, SHUSHUK and MANGRO – remained fully operational and war-ready.  PNS HANGOR carried out a reconnaissance patrol off the Indian coast during August 1971, thus, gathering valuable experience and data.India unleashed an undeclared war on the eastern front on 21 Nov 1971.  Within 24 hours of this aggression, PN submarine HANGOR sailed from Karachi.  Despite serious machinery defects, she continued to pursue her mission.  The courageous commanding officer Commander Ahmad Tasnim SJ was leading a motivated and brave crew of 53 officers and men.  In the face of daunting risks, they repaired their submarine close to the enemy waters. During this perilous period, HANGOR dodged several enemy hunters both surface ships as well as aircraft.

When the war was declared on 3rd Dec, HANGOR was ready in her assigned area near Bombay. Pakistan government had only permitted attacks on men of war and not on unarmed merchant ships. (This was in stark contrast to the Indian Navy’s policy of attacks even on unarmed merchant vessels).  HANGOR signalled the deployment of the Indian Navy units to Naval Headquarters.  After intercepting this radio communication, the Indians were alerted, evaded this position and deployed anti-submarine forces to find the Pakistani submarines. The vigilant attack team of HANGOR soon realised that the enemy warships were not anywhere near.  So, they requested Pakistan Navy Headquarters to shift their patrol area, to seek battle with the enemy.

By 8th Dec, HANGOR was patrolling in her assigned area. The re-deployment proved fruitful and HANGOR started to track enemy ships. After the sunset at 6 PM on 9th Dec, Commander Ahmad Tasnim started steering to intercept the enemy frigates. The submarine crew was full of confidence that their desire to seek battle with the enemy would soon be fulfilled. In less than 2 hours, the enemy frigates came within torpedo range, and the attack team of HANGOR, on their commander’s order launched the first torpedo at 7:57 PM.  This torpedo did not find its target.  The Indians claim that KHUKRI and KIRPAN were alerted by this torpedo and KHUKRI started to search for and attack the prowling submarine. However, this manoeuvre brought the ship within HANGOR’s torpedo range again. HANGOR fired a second E-15 homing torpedo on the approaching KHUKRI at 8:14 PM and the rest is memorable history. Within 5 minutes the torpedo homed on to its target and broke KHUKRI in two parts.

The ship sank within 2 minutes. One hundred and ninety-four of her crew including her commanding officer Captain M N Mulla perished.  Most of them had no time to escape the sinking ship. As per normal tactics, HANGOR should have started her withdrawal from the battle because her position was now well-known.  Not the redoubtable HANGOR; her valiant commanding officer and the crew continued their attack and fired a third torpedo which hit KIRPAN at considerable range. After this debacle, the Indian Navy did not dare repeat its attacks on Karachi or Pakistani naval forces. Thus, HANGOR’s action thwarted the Indian Navy‘s further aggressive designs.After getting rid of the two Indian Navy anti-submarine frigates, HANGOR came under repeated counterattacks by aircraft and ships. The crew of HANGOR counted 156 attacks during the next 72 hours.

However, she evaded the enemy.  Commander Tasnim who was decorated with a second Sitara-e-Jurrat (SJ bar) dedicated his award to all members of his gallant crew.  HANGOR’s attack was not a one-sided affair.  The Indian Navy, which did not venture out at sea in the 1965 war due to the fear of PN submarine GHAZI, had bolstered her anti-submarine by the 1971 war.  The Indian Navy inducted anti-submarine patrol aircraft Super-Constellation and the French Alizé.  She had acquired 5 Petya class anti-submarine corvettes. She had also improved her sonar and anti-submarine weapons.  However, the proficient crew of HANGOR delivered a deadly attack using her sonar and passive ranging equipment giving no chance to the 2 anti-submarine frigates.

The Pakistan Navy submarines during the 1971 war reported many close encounters with the Indian Navy anti-submarine aircraft. Nevertheless, the training and alertness of PN submarine crews saved them from any unfortunate mishap.The memorable success of HANGOR lifted the prestige of the Pakistan Navy as a professional force. When Captain Ahmad Tasnim (SJ and Bar) used to visit naval bases in France as Defence and Naval Attaché, the French navy officers and men revered him and greeted him as a hero. HANGOR now rests as a museum piece in Pakistan Maritime Museum, Karachi.  The 50th anniversary of this remarkable achievement will renew the interest of the Pakistani nation in HANGOR. This momentous victory will continue to motivate Pakistan Navy’s manpower and especially its submariners to achieve and match this triumph.  They will carry the battle honours of HANGOR in the forthcoming HANGOR class submarines and maintain an intimidating legacy.