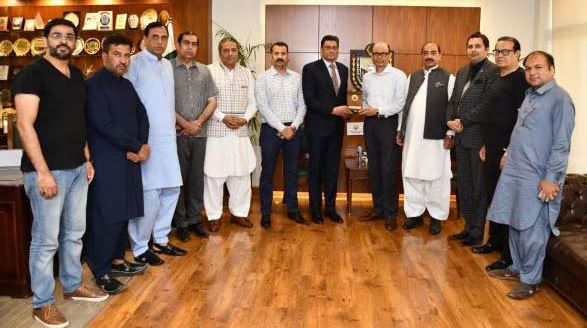 Islamabad, JUN 15 /DNA/ – Muhammad Shakeel Munir, President, Islamabad Chamber of Commerce & Industry (ICCI) said that the Economic Coordination Committee (ECC) of the Cabinet has granted approval of a massive hike of Rs.7.91 per unit in power tariffs, which has created great concerns in the business community as it would further enhance the cost of doing business, badly affect the production activities and become a major hurdle in the economic revival of the country. He stressed that the government should reconsider this harsh decision to save the business & industry from deep troubles and the people from very high inflation.

Muhammad Shakeel Munir said that according to a study report, cost of power production for the industrial sector in Pakistan was already 26% high as compared to regional countries including Vietnam, Sri Lanka, Malaysia, Bangladesh, South Korea, Thailand and India. He said that the latest hike in electricity rates would make our energy cost very high in the region and render our exports more uncompetitive. He said that according to a report of Asian Development Bank, Pakistan’s energy sector has been a major hurdle in the economic growth of the country as the energy crisis had resulted into a huge loss of $82 billion in GDP between 2007 and 2020.

ICCI President said that availability of cheap energy was very important for Pakistan to reduce the business cost, boost economic activities and generate new jobs for youth. However, high energy costs in Pakistan due to massive hike in power tariffs will render our industry uncompetitive in the international market. He said that Pakistan’s average industrial tariff rate was much higher compared to our regional competitors and stressed that the government should focus on utilizing cheap energy sources to reduce energy cost that would make our industry very competitive. He further said that multiple system inefficiencies including high T&D losses, theft, insufficient revenue collection, and the energy mix dominated by thermal generation based on expensive imported oil were pushing up the energy cost in Pakistan and stressed that instead of making repeated hikes in power tariffs, the government should address these issues on top priority to bring efficiency in this sector and cut down the production cost.

Jamshaid Akhtar Sheikh Senior Vice President and Muhammad Faheem Khan Vice President ICCI said that the supply of energy at affordable price was the basic requirement to facilitate the growth of agriculture, manufacturing, and services sectors. However, the majority of businesses in Pakistan considered lack of reliable and affordable power as a main constraint to better growth of business activities. They stressed that the government should take priority measures to ensure an efficient, reliable, and affordable energy access to businesses in order to pave the way for sustained and inclusive growth of the country.