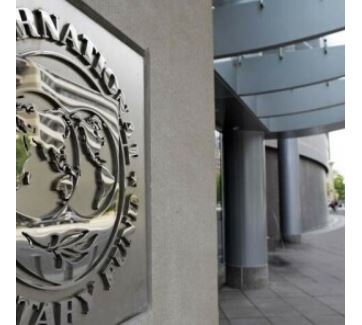 ISLAMABAD: The International Monetary Fund (IMF) on Sunday said it would support flood relief and reconstruction efforts in Pakistan under the current programme agreed to between the two, according to a statement from the IMF’s resident representative in the country, Esther Perez Ruiz.

The statement said that the IMF was “deeply saddened” by the devastating impact of the recent floods in Pakistan and extended its sympathies to the millions of flood victims.

“We will work with others in the international community to support, under the current programme, the authorities’ relief and reconstruction efforts, and especially their ongoing endeavour to assist those affected by the floods while ensuring sustainable policies and macroeconomic stability,” the statement said.

Floods from record monsoon rains and glacial melt in the mountainous north have affected 33m people and killed more than 1,540 since June 14, washing away homes, roads, railways, livestock and crops, in damage estimated at $30 billion.

Both the government and UN Secretary-General Antonio Guterres have blamed climate change for the extreme weather that led to the flooding, which submerged nearly a third of the country.

They have also negatively impacted the economy and market which were otherwise expected to improve after the IMF bailout package.

Last month, the IMF’s Exe­cu­tive Board completed the combined seventh and eighth revi­ews of a loan facility for Pak­is­tan, allowing immediate disbursement of $1.1bn to the country.

An official IMF statement pointed out that the disbursement “brings total purchases (money made available) for budget support under this arrangement to about $3.9bn.”

This Extended Fund Facility (EFF) arrangement — signed in July 2019 — was to provide $6bn to Pakistan during a 39-month period. The IMF board had approved an extension of the programme until end-June 2023.

The board had also approved “rephasing and augmentation” of Pakistan’s access to the funds by SDR720m ($934m) which would bring the total access under the EFF to about $6.5bn.