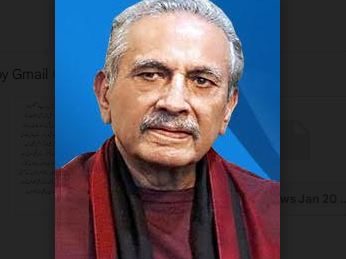 ISLAMABAD, JAN 20: Former President of Islamabad Chamber of Commerce and Industry (ICCI) Dr. Shahid Rasheed Butt on Friday said it is impossible to stabilize the rupee in the presence of a broken economy.

Oil price freeze by the former government and efforts to stabilize the rupee and bring down the value of the dollar by the incumbent government has damaged the economy and annoyed the IMF, he said.

Shahid Rasheed Butt said in a statement issued here today that even after the failure of the experiment to bring down the value of dollar artificially, the same policy is being followed which is surprising.

How the country’s condition can change when there is no change in the important economic policies, he said, adding that IMF is being annoyed which can jeopardise the disbursement of approved loans and grants by other institutions that Pakistan cannot afford.

The business leader noted that the focus of policymakers is on reducing the current account deficit by holding back imports but they are forgetting that exports also require imports.

The economy cannot improve unless the exports grow otherwise the government will have to repay the loans through fresh borrowing, he added.

Many politicians are neither willing to give importance to the country’s interest nor to the economy, but focusing on their ego which is damaging the country, he observed.