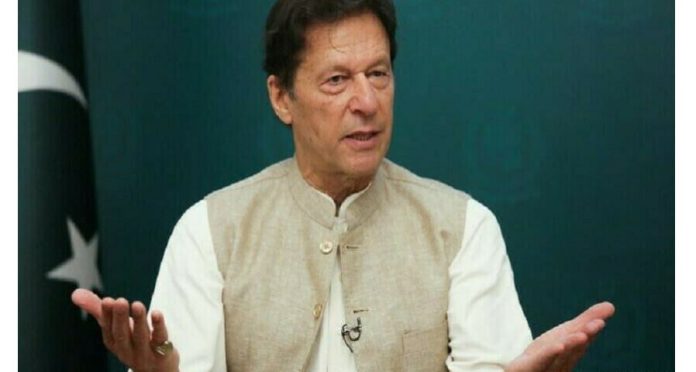 Khushab: Pakistan Tehreek-e-Insaf Chairman Imran Khan on Friday said that the upcoming by-polls in Punjab are not any ordinary polls, rather they will decide the future of Pakistan.

Addressing a rally in Khushab on Friday evening, Imran reiterated his rhetoric that the incumbent government is composed of corrupt who do not have the best interests of the country at heart.

Accusing the ruling Pakistan Muslim League-Nawaz (PML-N) and its leaders of rigging the upcoming by-polls on 20 provincial assembly seats, Imran pointed to the officials allegedly involved.

“In Lahore, Mr X is sitting. I will not name him, but you all know who he is,” Imran said, adding, that he is helping the Sharifs rig the upcoming elections.

Imran accused that in 2013, when the Sharifs rigged general elections, they had rewarded the official for his help by appointing him as the head of the Anti Corruption Establishment (ACE).

“Now, Sharifs have found another official to help them with rigging and will be awarding him,” the PTI chief said.

Reiterating his allegations that the Chief Election Commissioner (CEC) was also helping the Sharifs rig the polls, noting that he has already received his just rewards.

“And I was watching today, they have allegedly given the CEC’s wife a key post as well,” Imran alleged.

Imran continued that the nation will never accept corrupt rulers.

“A nation which does not arrest the powerful and punishes the weak, when there is impunity for big looters and NROs are given, that is when nations die,” he stated.

Imran also referred to the division of Pakistan in 1971 with the creation of Bangladesh.

“We saw a part of our country split and become Bangladesh,” he said, adding that if countries become successful, they do so by following the principals presented by God.

“God had directed that you have to stand with truth and righteousness and stand against evil and falsehoods,” he said.