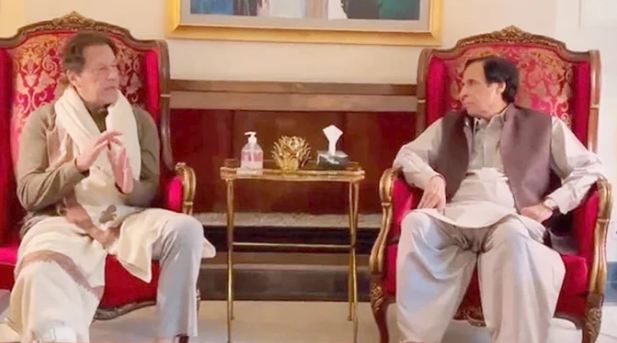 The Lahore High Court (LHC) earlier this week reinstated Elahi as the chief minister in the country’s largest province on the condition that he would not disband the legislative but did not restrict him from taking a vote of confidence.

The court will resume hearing the case on January 11 and Imran Khan, while speaking to senior journalists in the provincial capital today, said Parvez Elahi would take the vote of confidence before it.

Following the confidence vote, the PTI plans on dissolving not just the legislative in Punjab, but Khyber Pakhtunkhwa as well, the deposed prime minister said.

“When both the assemblies have been dissolved, then the [government] will be forced to hold general elections,” the ex-PM said, adding that if polls are delayed even after PTI’s move, “it won’t affect” the party.

Defending the delay in the assemblies’ dissolution, the PTI chief said the party had to convince its allies before it takes the major step.

But both the PTI and PML-Q have stressed that assemblies will be dissolved — sooner or later.

Reiterating his prediction about the general polls, the PTI chief said that he foresees elections taking place in April 2023 — just a day after he claimed that they might be held in March or April.

The Pakistan Democratic Movement (PDM)-led coalition government has repeatedly snubbed the PTI’s demand of holding snap polls and iterated that they would take place at their stipulated time.

Moreover, Minister for Information and Broadcasting Marriyum Aurangzeb laughed off Imran’s predictions and said that the general polls will be held once the coalition government’s constitutional term completes.

“The election will not be held on mere predictions, rather it will be held on completion of the constitutional term (of the coalition government),” she said, reacting to the PTI chairman’s remarks.

The minister, however, questioned Imran if his prediction about the general election was aimed at April 2024.

In response to a question during his today’s conversation with journalists, Imran also clarified that he was not in contact with the establishment.

On the occasion of the 146th birthday of the founder of Pakistan, Quaid-i-Azam Muhammad Ali Jinnah, the PTI chief lamented that the nation had forgotten his vision.

Imran, in a series of tweets, said one of the main reasons Pakistanis have been unable to realise Jinnah’s vision for Pakistan is the absence of justice through the rule of law.

The PTI chief said justice ensures equality before the law for all citizens. “This leads to haqeeqi azadi, true freedom, and protection of citizens’ rights,” he said.

“Unfortunately in Pakistan, because rule of law was never allowed to be established, elite capture of the country has allowed powerful institutions and mafias to remain above the law as if it was their right.”