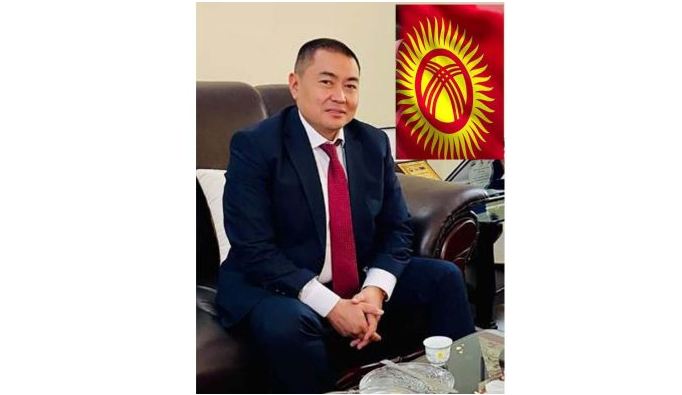 ISLAMABAD, DEC 25 (DNA) — Ambassador of Kyrgyzstan to Pakistan Ulanbek Totuiaev on Sunday underlined the importance of the opening of the Pakistan Trade House in Kyrgyzstan for promoting Pakistani products besides attracting investors and buyers in the market and further moving to the Eurasian economic union.

Speaking at a reception hosted in Lahore in his honour by Chairman Kyrgyzstan Trade House Meher Kashif Younis who is also Coordinator to Federal Tax Ombudsman and Vice President Gold Ring Economic Forum, a think-thank, Ulanbek said more Kyrgyzstan Trade Houses will be established in other major cities of Pakistan for direct interaction of business community of either country to promote bilateral trade and tap huge potentials through regional connectivity which he added is need of the hour in the prevailing global scenario.

He called upon the chambers of commerce and industry to come forward and encash the existing market of Kyrgyzstan and adjacent states of the region. He said frequent exchange of visits of businesses community will pave way for the strengthening of bilateral trade in diversified sectors, according to a press release issued here.

He said one of the major obstacles to the development of trade-economic coordination between both countries and regions is difficult logistics routes which he added will be overcome after the successful establishment of a railway link through Afghanistan. He said he feels pleasure to announce that his government has started working on for the execution of this multinational gigantic project of regional importance.

Ulanbek Totuiaev said newly established Kyrgyzstan Trade House and his embassy is all the time available to assist the Pak traders for business visit to his country, a land with ample opportunities for investment. He said Meher Kashif Younis is a dynamic trader of Pakistan and will exercise his sphere of influence for promoting bilateral trade between the two Muslim brotherly countries in the day to come.

President Kyrgyzstan Trade House Dr Shahid Hassan was also prominent among others. Briefly speaking on the occasion the host Meher Kashif Younis said the in prevailing scenario, the philosophy of globalization is getting phased out and sharply shrinking to regional connectivity.

Hence we should now focus on trade and economic cooperation with the regional blocs especially rich central Asian states. He said both countries from the same region are deeply interconnected from historical, cultural and religious perspectives. = DNA