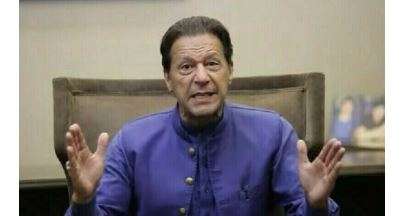 The ECP had disqualified Imran in the reference on Friday under Article 63(1)(p) for making “false statements and incorrect declaration”. However, the full text of the 36-page order was not officially released, raising questions about whether it was really a unanimous decision and providing fodder to rumour mills to go into overdrive over the possibility of a dissenting note.

Imran filed a plea in the Islamabad High Court (IHC) on Saturday, challenging the ECP verdict.

The detailed verdict released today, a copy of which is available with Dawn.com, said: “The respondent has intentionally and deliberately violated the provisions contained [in] sections 137 (submission of statement of assets and liabilities), 167 (corrupt practice) and 173 (making or publishing a false statement or declaration) of the Elections Act, 2017, who has made a false statement and incorrect declaration before the commission in the statement of assets and liabilities filed by him for the year 2020-21,” elaborating that thus, Imran attracted disqualification under Article 63(1)(p).

Similarly, the ECP said he had “deliberately concealed the material facts” by not disclosing the details of his gifts in the statement of his assets and liabilities for the year 2018-19 or accounting for the sale proceeds.

The electoral watchdog explained that the PTI chief had not provided details of the gift items and had also failed to add the details of the cash and bank account of the sale proceeds in the relevant Form-B sections.

“The amount allegedly received in his bank account does not commensurate with the assessed value of the gift items. Hence, the respondent has filed false statement and incorrect declaration, in material particular, for the financial year 2018-19,” the verdict reads.

It explained that Imran had also not provided any explanation that any non-disclosure was “unintentional, accidental or [a] bona fide mistake”.

Regarding gifts purchased for the financial year 2019-20, the verdict reads that Imran made an “evasive and ambiguous” statement in his written reply that the gifts for that period were further gifted on to others. However, the verdict said that the relevant Form-B section was left empty for this and there was no explanation provided.

“Therefore, it is established that he has deliberately concealed material facts and has submitted [a] false declaration of his assets and liabilities, in particular material, which entails serious consequences under the Constitution and law,” the verdict states.

As a result, the ECP said it was of the “considered opinion” that Imran stood disqualified, ceased to be an MNA and had also committed an “offence of corrupt practices” under the relevant Elections Act sections for “false statements and incorrect declaration”.

Regarding its jurisdiction in the case, the ECP quoted relevant case law and verdicts to justify its role in the Toshakhana reference. It pointed out that the record of gift items received was maintained by the Toshakhana and the electoral watchdog was only limited to scrutinising the statement of assets and liabilities.

“It was the obligation of the respondent to declare complete details of assets whether in [the] shape of gifts or amount, including transfer of any assets to any person during the financial year, in the annual statement of assets and liabilities along with details and its cost value in column number 2 and 3 of Form-B (remarks).

“The commission has the jurisdiction to inquire into any matter or objection raised by any person, including a reference from [National Assembly] speaker against any member of the parliament or an assembly regarding concealment, false or misdeclaration in the statement of assets and liabilities after 120 days,” the verdict reads.

Quoting case law, the ECP contended that it had the “exclusive jurisdiction” to adjudicate on the issue of a lawmaker’s disqualification if received from the NA speaker or Senate chairman in terms of Article 63(2) and to decide the referred question under Article 63(3) of the Constitution, adding that it was also therefore, “competent” to judge in the Toshakhan instant matter.