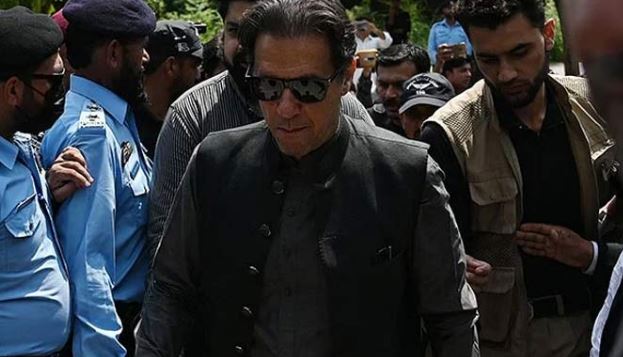 According to details, the JIT quizzed Imran Khan for about 20 minutes and later handed him questionnaire consisting of 21 questions.

Talking to media persons after his appearance, Imran Khan said that terrorism case against him is a joke and his appearance before the team is also not less than a joke. He reiterated that his actions were as per law and constitution of the country.

The PTI chief claimed donors of the party are being harassed and warned that masses will soon be on streets.The more you push us against the wall, the more we are preparing, he added.

It merits mention that Islamabad High Court (IHC) had ordered Imran Khan to become part of the investigation in the contempt of court case against him for threatening a female judge.

The court has ordered the police to complete investigation and submit their report.