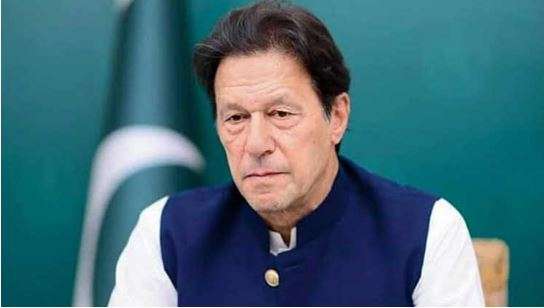 ISLAMABAD, OCT 21 /DNA/ – The  Election Commission of Pakistan (ECP), in a consensus verdict in Toshakana reference, disqualified former prime minister Imran Khan and ruled that the PTI chairman is no more a member of the National Assembly.

Criminal proceedings will be initiated against the PTI chairman for misdeclaration, the verdict said. Experts say that disqualification under Article 63 P means disqualification for the remaining period of the National Assembly or whenever fresh elections are called. The case will now be tried in a trial court. The trial court then will decide whether he should be disqualified for five years of for entire life. Experts also have termed the verdict not very damaging for the PTI as it has not disqualified the PTI Chairman for five years or whole life.

The ECP stated that Imran Khan submitted a false affidavit and was found involved in corrupt practices under Article 63(1)(p).

Under the said article, a lawmaker is disqualified for the time being from being elected or chosen as a member of the Majlis-e-Shoora (Parliament) or of a provincial assembly.

The decision was taken unanimously by the ECP’s five-member bench but the Punjab member Babar Hassan Bharwana was not present as he was unwell.

The verdict was announced amid tight security in the Red Zone where at least 1,100 police officials were deployed under the command of a senior superintendent of police to control the law and order situation in the area. The officer was assisted by five superintendents and six deputy superintendents of police.

The ECP had reserved its verdict in the Toshakhana case on September 19 after arguments were completed from both sides. A five-member bench of the ECP, headed by Chief Election Commissioner Sikandar Sultan Raja, heard the case.

Speaking after the ECP ruling in the Toshakana case, the federal minister said Khan provided “wrong information” to the electoral body.

“The Election Commission showed restraint otherwise a separate action could have been taken against him.” He said that Imran Khan’s aides are calling the verdict unjust, which is wrong.

Meanwhile, reacting strongly to the party chairman’s disqualification, PTI leader Fawad Hussain Chaudhry slammed the ECP and said that the election body’s attitude had been the worst. “We never pinned any hopes on it.”

“This is a shameful decision. They have disgraced the 220-million-strong-nation.”=DNA