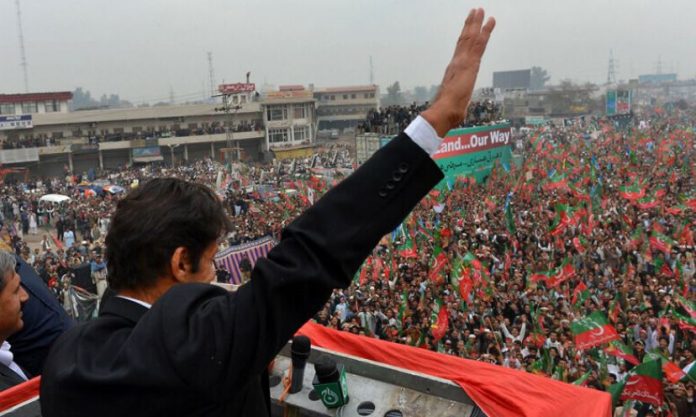 PTI Chairman and former prime minister Imran Khan is leading a convoy from the twin city of Rawalpindi to the protest site in Islamabad while the party’s organizations have completed arrangements for the live screening of his speech in different cities.

The arrangements in the Parade Ground have been completed and PTI convoys from different cities have started reaching the federal capital to join the main protest.

Videos, shared by the party’s official accounts on different social media platforms, showed that the administration disrupting screening arrangement in Karachi. A day prior to the protest, PTI Chairman Imran Khan had invited the people to become part of their ‘historic’ protest against the government, which he said had crushed people with its anti-people measures.