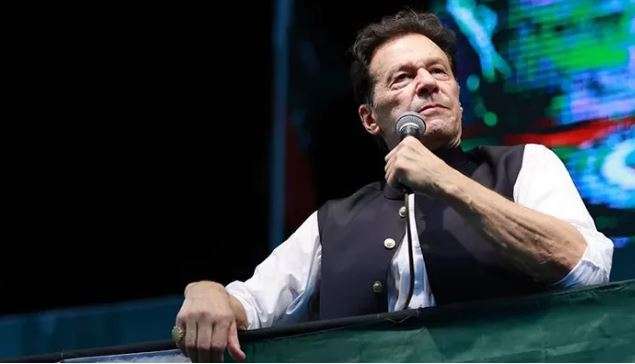 ISLAMABAD: PTI Chairman Imran Khan Saturday challenged the order of the Election Commission of Pakistan (ECP) in the Islamabad High Court, praying to the court to set aside the judgment as ECP had no jurisdiction over the matter.

On Friday, the ECP disqualified the former premier in the Toshakhana reference, stating he had committed corrupt practices by making “false statements and submitting incorrect declaration”.

“We are of the considered opinion that the respondent (Imran Khan) has become disqualified under Article 63(1)(p) of the Constitution, read with Sections 137, 167, and 173 of the Elections Act, 2017, consequently he ceases to be a Member of the National Assembly of Pakistan and his seat has become vacant accordingly,” read the ECP order.

Taking the matter to the IHC, the PTI chairman asked it to declare, find and hold that the ECP order is against the settled principles of law on Article 63 of the Constitution, misconceived and set it aside.

He also requested the IHC to rule that the ECP could not have exercised the jurisdiction to decide any questions of ‘corrupt practice or disqualification’ under §137 read with §232 of the Election Act and further read with Rule 137 of Election Rules, 2017.

The PTI chairman further asked the court to declare that the reference itself is incompetent, illegal, unlawful and without lawful authority, mala-fide, and devoid of force and in the circumstance of the instant case declare it null and void in the interest of justice.

Imran Khan also requested to suspend the operation of the order and restrain further proceedings till the final disposal of the petition.