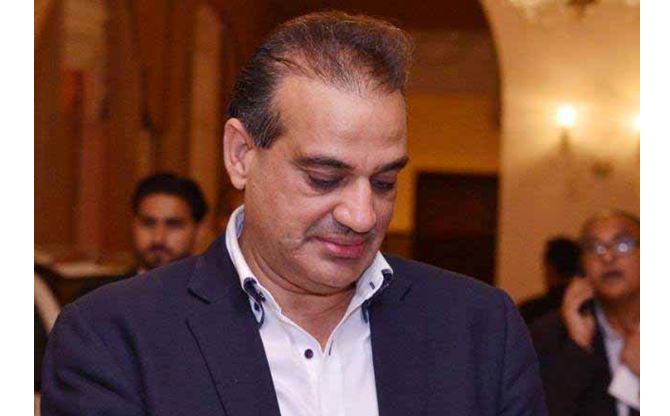 PTI Chairman Imran Khan’s press talk on November 6, 2022 can be regarded as a classic example of politicians’ helplessness they have been faced with perhaps ever since the creation of this country. Despite being the head of the leading political party and a former prime minister he has not been able to get his First Information Report registered (FIR).

The irony of the fact is that he had to face this unseemly situation in the province where his own party happens to be at the helm of the affairs. The Supreme Court of Pakistan then had to intervene to get the FIR registered.

However, after this episode it became quite evident for Imran Khan and his party that Ch. Pervez Elahi appeared to be the Chief Minister sans authority. Or, he was playing on both sides of the wicket. This also remains a  fact the situation was still the same when Imran Khan was the prime minister but since at that time he and his government were enjoying the benevolence of ‘powers-that-be’ therefore all was considered well.

The PTI used to take pride in the fact that it was on the same page with the Establishment, a nexus which, according to it, had brought ‘peace and stability’ in the country. Now they are at daggers drawn simply because the same page arrangement is not available anymore.

Imran Khan, ever since his ouster, has been selling the idea that he won’t accept a weak government and would prefer to sit in the opposition if he does not get a two-thirds majority in the coming elections.  Probably, he wants to make a point here that there is no reason in accepting the government if the chief executive has no powers. Here lies a contradiction between what he says and what he actually practices. He had pointed out in his press conference that the actual authority in Punjab lied somewhere else.

If it would be a matter of weak control or no authority at all, then the non registration of his FIR was a good excuse for him to call it a day in Punjab. He would have got rid of the Punjab government soon after his own police refused to register his FIR. Ostensibly, his action would have earned him more respect and credibility.

But he has not risen to the occasion simply because he knows the success of his long march largely depends upon the Punjab government. If he loses Punjab, it means he loses the trump card, making things difficult for him in terms of holding of early or even on time the general elections.

All said and done, there are some encouraging aspects of Imran Khan’s resistance as well. For sure, he will be remembered for putting up stiff resistance to the forces of the status quo. He needs full marks for becoming the voice to those who could never dare to challenge these forces. Many people genuinely believe that something good will come out of what is happening these days.

But there is no dearth of people who are of the view that once the ‘same page’ arrangement stands revived, the forces of status quo shall again prevail and life would then go on as usual. At one point, nobody could even imagine that Nawaz Sharif and his party could come to power again. Same goes for the PPP as well. Both these parties are not just in power but they are sharing power, which is not less than a miracle keeping in view past animosity between these parties. So who knows that in the coming days PTI shall again be calling the shots and PML N and PPP would be on roads demanding justice for them!! Unfortunately this very vicious circle has been impeding Pakistan’s march towards self-reliance and progress.

As regards the crisis in question, the feasible way to get out of the quagmire turns out to be the elections. The outcome of the elections may not suit some forces but any unwarranted move to stop people from exercising their will, might further push things towards the precipice. If things go beyond control then possibility of intervention of the third force cannot be ruled out.

All stakeholders need to rise above their petty interests and join hands for the ultimate good of this country.

Imran Khan has conditionally agreed to the Prime Minister proposal to constitute a full court commission to probe the Wazirabad firing incident. He is of the view that a fair inquiry cannot take place if three persons he had nominated including the PM, Interior Minister and spy agency official were not removed from their posts.

This demand, for sure, will not be acceptable for the government therefore the idea of formation of the full court commission may never see the light of the day. Even if such a commission is formed, there is a strong possibility that the probe will never be completed. The assassination of Benazir Bhutto on December 27, 2007, still remains a mystery despite the fact that her own party remained in power for five years after her murder.

As per the revised schedule, PTI long march will now reach Rawalpindi somewhere around November 20 or 21 when the Saudi Crown Prince and Prime Minister Muhammed bin Salman is due to visit Islamabad. If the MBS visit and the long march take place at the same time then a govt-PTI face-off will become imminent.

Probably that is the reason the government has so far not approved any PTI sit-in or rally in Islamabad. Despite all ifs and buts, Saudi Arabia has always proved a friend indeed for Pakistan. It had extended maximum possible support to the PTI government as well despite that fact that PTI government and Saudi Arabia relations always remained tense. However it does mean that the former ruling party should play any role to sabotage the visit simply because Saudis had estranged relations with the PTI government.

The government on its part ought to engage with the PTI seriously and must not try to put out fire with petrol. This approach would only multiply our woes. A better sense needs to prevail for the country cannot afford any further escalation.