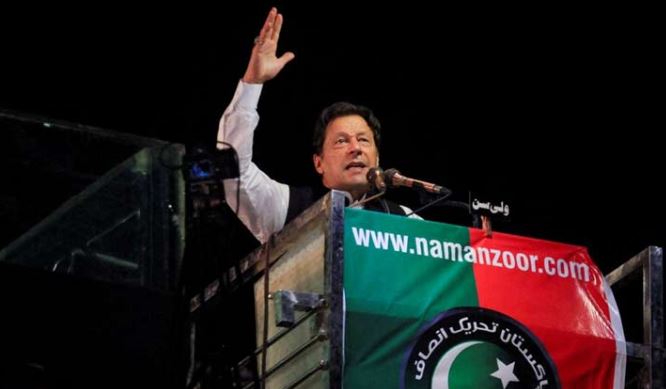 In his Tweet, the PTI chairman wrote, “Tomorrow our Gujranwala jalsa will be last of our present phase of Haqiqi Azadi Movement. I will announce the next critical phase at the jalsa.”

“Imported govt & its handlers are so petrified that nation is standing firmly behind PTI they are desperately moving on Minus 1 formula,” he wrote.

Earlier, a meeting of the PTI’s political committee presided over by Imran Khan agreed that the rallies in different cities will be held as per the schedule and mass contact campaign will be intensified.

During the meeting chaired by the former prime minister, political situation and the cases against Imran Khan were discussed.

According to the sources, it was agreed in the meeting to accelerate the ongoing mass contact campaign while the party’s provincial presidents have been instructed to protest against inflation and the party chairman will continue to address the scheduled rallies in different cities.

On this occasion, Imran Khan said that public support is our greatest strength, adding that they were fighting against the government s tactics.

Fearing PTI, Imran Khan said 13 parties have run away from the election but the aim of his movement is to defeat the mafias of this country.