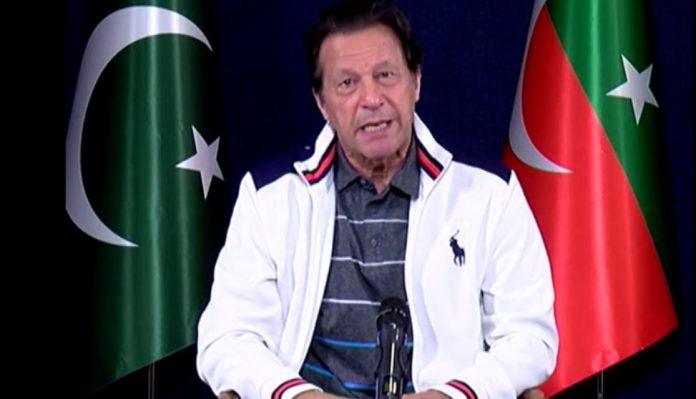 ISLAMABAD, JUL 4: PTI chairman and former prime minister Imran Khan on Monday approached the Supreme Court to challenge amendments to the Elections Act, 2017 — which disallows overseas Pakistanis from voting electronically — contending that they were “discriminatory” and “violative of fundamental rights and merits”.

The bill seeking electoral reforms, as well as another seeking changes in the accountability laws, were passed by the National Assembly and the Senate in May.

After approval from both houses of parliament, only the president’s assent was required for it to become law. However, President Dr Arif Alvi sent back the bills on June 5, following which the government convened a joint sitting of parliament on June 9 to consider the bills, which were approved the same day.

Procedurally, after bills are passed by the joint sitting, they are presented to the president once again for his assent. If the president does not give his approval within 10 days, it is deemed to have been given. Despite this, Alvi had once again sent back both the bills without his signature.

Imran has already approached the apex court to challenge the recent amendments to the National Account­ability (NAB) Ordinance.

Significantly, he stated, under Article 5(2) of the Constitution, overseas Pakistanis were subject to the laws of Pakistan and even to its tax laws under “certain circumstances”.

“To disenfranchise such a large group of Pakistani citizens, on the basis of their locality, by not granting them the facilities for the exercise of their fundamental right to vote, would be to violate the principles of freedom of association and equality of citizens enshrined in Articles 17, 25, and 51 of the Constitution,” the petition said.

It went on that as per “various reports”, overseas Pakistani could change outcomes in up to 186 constituencies in the National Assembly, adding that the same was also true for the provincial legislatures.

Hence, not allowing them to vote would undermine the process of holding elections “honestly, justly and fairly”, the petition said.

Imran also highlighted that the amendment was a deliberate attack at his party by the PPP and the PML-N because they knew the PTI had a huge number of supporters outside the country.

Subsequently, he demanded that the court declared the amendment to be unconstitutional and strike it down. He also called for the court to direct the ECP and all relevant authorities to take necessary steps to give effect to the right of overseas Pakistanis to vote in all future elections, especially the upcoming general elections from their country of residence.

The petition also urged the court to direct the ECP to grant the necessary approvals and funds to Nadra for developing the new i-voting system “without any prejudice” so that it could be used in the next general elections.