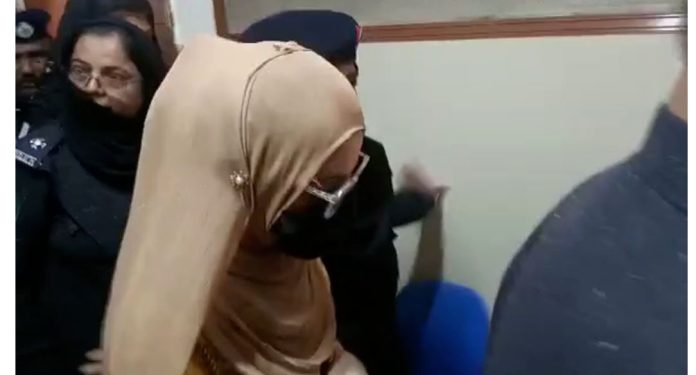 ISLAMABAD, JUL 4: A medical board formed to determine the age of Dua Zehra — the girl who was reported missing from Karachi on April 16 and later recovered from Punjab on June 5 — concluded on Monday that she was between 15 to 16 years of age.

The report, a copy of which is available with was submitted to the court of judicial magistrate (East) in Karachi.

It stated that the medical board conducted X-rays of both her hands, elbows and wrists, her pelvis and the sternal ends of her clavicle. An OPG (orthopantomagram) X-ray as well as one of her lower mandible pre-molar teeth were also conducted.

“Aforesaid X-rays were exposed at the Radiology Department, Services Hospital, Karachi and OPG was exposed at Dow Dental College, Karachi on July 2, 2022. Dental cast was also prepared,” the report said.

The team concluded that consensus opinion was that Dua’s overall age was between 15-16 years, nearer to 15 based on physical examination and dentition.

Dua has maintained that she is 18 years of age and claims she contracted marriage with Zaheer Ahmed of her own accord, while her parents have insisted that she is a minor.

Talking to the media outside the court, the lawyer for Dua’s father — Jibran Nasir — confirmed that the medical report had declared the teenager’s age to be closer to 15 years.

“So, the girl’s statements, in which was forced to say she was 18 years of age, and the medical report which claimed she was 17 have been proven wrong,” he said. Earlier, a medical test ordered by the Sindh High Court (SHC) had determined that Dua was 17-years-old.

“Today’s medical report supports the stance of Dua’s parents,” Nasir pointed out. “And therefore, this case falls under kidnapping.

“The law also states that contracting a marriage while under the age of 16 is a crime, and any physical contact with a child under 16 is classified as a sexual offence,” he added.