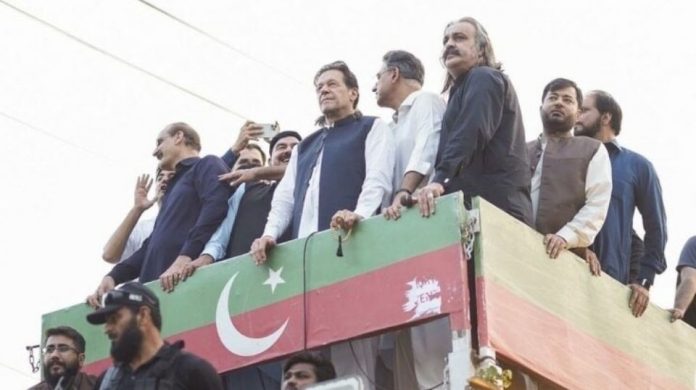 He had announced the protest rally last Saturday, saying that the demonstration would be held for Islamabad locals and those from Rawalpindi, while people from other major cities would have their own local protests.

PTI Secretary General Asad Umar today posted a photo of himself with fellow party leader Amir Mehmood Kiyani and Awami Muslim League chief Sheikh Rashid, saying that he was waiting for Imran to arrive and lead the rally from Rawalpindi. The PTI posted on its official Twitter account that Imran would address the crowd at 7pm. The party also posted a list of screening sites in various cities for his speech. However, Imran had not arrived at the protest venue by the originally scheduled time.