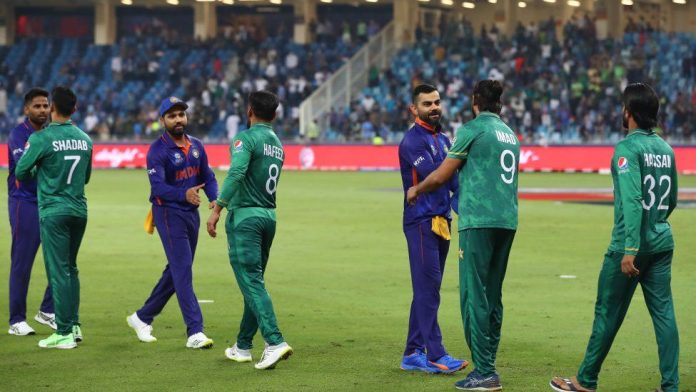 DUBAI:  India beat Pakistan in the Asia Cup match in a close contest and low scoring game. India chased target of 147 set by Pakistan in the last over. Pakistan top order batsmen failed to put up a good show. It was because of a couple of big shots from Shanawaz Dhani that Pakistan were able to score 147. India won by 5 wickets.

Short balls kept haunting Pakistan against the arch-rivals as the next three batters also fell on short balls.

Rizwan fought hard but his 43-runs inning was at a snail’s pace and it kept Pakistan’s run-rate quite low.

Iftikhar Ahmed scored quick 28 runs but Hardik Pandya got rid of him on a bouncer.

Bhuvneshwar finished with prominent figures of 4-26 followed by Pandya’s 3-25. Arshdeep Singh bagged two wickets while Avesh Khan managed to get a scalp.