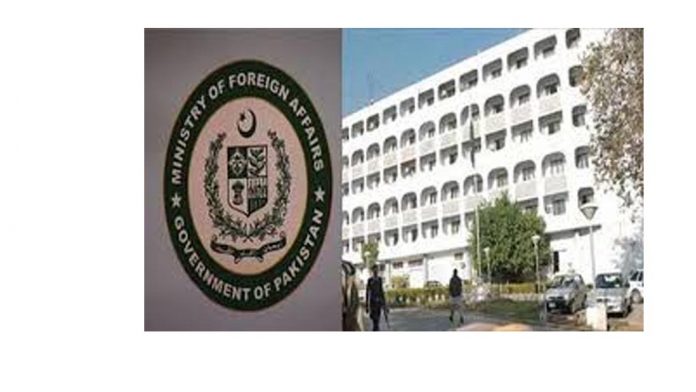 ISLAMABAD, Apr 13 (DNA):Indian Charge d’Affaires Gaurav Ahluwalia was summoned at the Foreign Office on Monday to lodge Pakistan’s strong protest over the ceasefire violations by Indian occupation forces along the Line of Control (LoC) in Dhudnial, Rakhchikri, Chirikot and Baroh sectors on April 12.

He stressed that such “senseless Indian acts”, in clear violation of the 2003 Ceasefire Understanding and complete disregard for international human rights and international norms, further vitiated the tense atmosphere along the LoC and were a “threat to regional peace and security”.

He said by raising tensions along the LoC and the Working Boundary (WB), India could not divert attention from the worsening human rights situation in the Indian Occupied Jammu and Kashmir (IOJ&K).

The DG (SA & SAARC) called upon the Indian side to respect the 2003 Ceasefire Understanding, investigate this and other such incidents of deliberate ceasefire violations and maintain peace along the LoC and the WB.