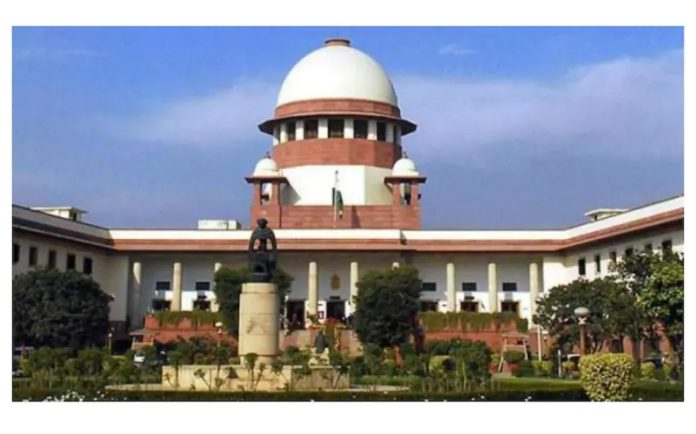 NEW DELHI: Nupur Sharma, a former spokeswoman of India’s ruling party whose remarks on the Prophet Muhammad “P.B.U.H” and his wife Aisha sparked huge protests and triggered a diplomatic row, should apologise, the nation’s top court has said.

“She and her loose tongue have set the country on fire,” the Supreme Court said on Friday during a procedural hearing on several criminal complaints filed against Sharma.

“This lady is single-handedly responsible for what is happening in the country,” it added. “She should apologise to the whole nation.”

Anger engulfed India and the Muslim world last month after Sharma made the incendiary comments on the prophet during a TV debate, with nearly 20 countries calling in their Indian ambassadors for an explanation.

Rallies were held in neighbouring Bangladesh and Pakistan, as thousands of demonstrators in the two countries called for a boycott of Indian products.

In India, at least two demonstrators – one a teenager – were killed in police fire while a number of homes belonging to Muslims were bulldozed in what critics called “collective punishment” by the authorities for holding the protests.

This week, two Muslim men were arrested in the northwestern city of Udaipur for allegedly beheading a Hindu tailor who had posted in support of Sharma on Facebook.

Also this week, police in New Delhi arrested journalist Mohammed Zubair, a vocal critic of the government who had helped draw attention to Sharma’s remarks through his fact-checking website Alt News and on social media.

Zubair was arrested on Monday and remains in custody over a four-year-old tweet, depicting an image from a 1983 film which showed a hotel named after a Hindu god.

Since her comments, a number of police complaints have been filed across India against 37-year-old Sharma. While her whereabouts are unknown, her lawyer was in the top court on Friday, asking for the cases to be consolidated in New Delhi, a request denied by the court.

Meanwhile, India’s legal website Live Law reported that a right-wing Hindu group has filed a petition in the Supreme Court, seeking withdrawal of the court’s oral remarks against Sharma.

Sharma’s remarks forced the governing Bharatiya Janata Party (BJP) into damage control. The party suspended her and issued a rare statement, insisting it respected all religions.

Since coming to power nationally in 2014, the BJP under Prime Minister Narendra Modi has been accused of pursuing discriminatory policies against Muslims, who form nearly 14 percent of India’s 1.35 billion population.