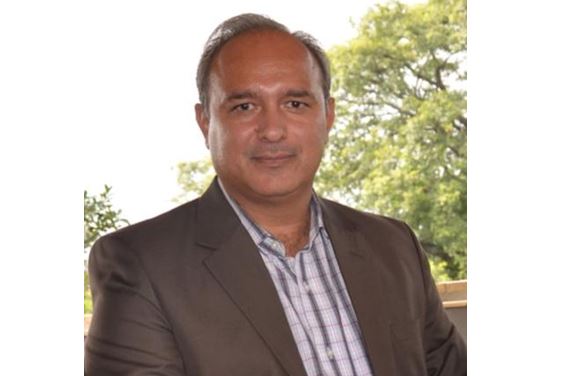 As India and Pakistan complete 75 years of partition and independence from the British, a ‘partition within’ is clearly visible in India of today, between the Hindu majority and the Muslim minority. While one Pakistan got separated, several others have been created within India that was left behind.

Release of 11 convicts of Bilkis Bano case, hateful remarks by BJP spokesperson Nupur Sharma and her shameless defense by her party as well as destruction of homes and properties of protesting Muslims are only some of the recent most examples.

Muslims of India have always been treated as second class citizens by majority Hindus, over past seven and a half decades of partition of the sub-continent. However, the suppression of Indian Muslims has increased manifold since Bhartia Janta Party (BJP) took power in 2014, and Narendra Modi became Prime Minister.

In this eight years’ period, Muslims have been forced to convert, attacked for keeping cows and eating beef – even lynched and killed for this ‘crime’ as BJP has banned consumption of beef in several states of India. However, even if the links to beef are not established, Muslim are routinely pressurized to convert (in the name of retuning to ‘original’ religion Hinduisms); Muslims girls are forcibly married; Muslims’ businesses and employments are targeted; and even on small personal or village / street level crimes the whole localities of Muslims are torched. Muslims have been lynched to death, and a huge number of them have been put behind bars in false cases.

Hard-liner Hindu have also been accusing Muslims of following ‘love Jehad’ that means marrying Hindu girls after trapping them in love; they have been accused of extremism and harboring / supporting terrorists as well as having sympathies for Pakistan – and simply, by blaming them for having ill-feeling, hate, or contempt towards Hindu religion or their thousands of gods and goddesses. In this way, actually, the Hindu majority and particularly the BJP – which is the political offshoot of the extremist Rashtriya Swaimsevek Sangh (RSS) – have been venting their own hatred and anger against the Muslims.

RSS and majority of BJP cadres are actually following declared policy of Hindutva, or Hindu-ness – under which they target that every citizen living in India – Hindustan or Maha Bharat the Greater India)] should 1) be ethnically Indian; 2) be religiously Hindu, and 3) speak Hindi / Sanskrit. Hindu extremist groups have over past few years made it clear that they can accept those living in India only if they adhere to the above three conditions of Hindutva.

Under the Citizenship Law passed on December 11, 2019, Muslims living n India for hundreds of years and for decades after independence from Britain in 1947 are now being asked to prove the grounds – through documents – that they have a right to live in India as citizens. This is impacting tens of millions of Indian Muslims. When Muslims took to streets to protest this draconian law, the protestors were tortured, killed, their houses burnt and properties looted – rapes and sexual molestations committed against Muslim women and girls – in the period of December 2019 and January 2020. Most of such atrocities took place in Delhi neighborhoods with police shielding the Hindu mobs – even participating in torture and killing of Muslims.

International independent media have recorded several proofs of this. International rights groups, as well as US’ and European government bodies have expressed concerns over this and the US Congressional Commission on religious freedom has even recommended putting India on blacklist for subjugation of freedom of religion.

Ironically, in past couple of years, the outbreak of CoronaVirus gave extremist Hindus a new pretext to target, oppress and subjugate Muslims, all across India. It all started when in March 2019, several members of Tableeghi Jamaat (TJ) that gathered in a mosque in New Delhi, contracted virus and it further spread through their onward interactions.

It was a natural phenomenon of how a pandemic takes shape. However, extremist Hindus – including those in power at central and state level – used this opportunity to further increase ill-founded and baseless anger and hatred against Muslims. They forwarded this conspiracy theory that Muslims have willfully spread the virus to infect and kill Hindus. They also accused Muslims of willfully infecting food, water, and other items so that Hindus can be infected – terming this as ‘corona Jehad’ being followed by Muslims. Hindu political and social leadership – including sitting legislators from ruling BJP in states as well as in central legislatures – called upon their Hindu followers to boycott Muslims businesses and works.

In many cases, Muslims were violently attacked under suspicions of spreading virus – beaten, lynched, and even killed in some instances that were reported widely in Indian and international media. Police and law enforcing agencies joined the Hindu mobs and enforced strict blockades in Muslims localities, properties, households, and workplaces as well as mosques and shrines – where Muslims have been subjected to torture and severe punishment in the name of lockdowns and isolations. Muslim leadership made it clear that Hindus used this opportunity to drive Muslims out of certain localities and businesses. A large segment of Indian media also shamelessly engaged in support of Hindu majority in this drive. Even some hospitals blatantly refused to admit Muslim patients of corona-virus; only on nationwide protests they allowed Muslims to be admitted; yet, in separate wards.

The inherent hatred against Muslims in India has manifested itself time and again. It would not be wrong to say that several ‘mini Pakistans’ have been created within India of today due to continuous inhuman treatment inflicted upon the Muslim Indians. Authorities in India must ensure that Indian Muslims are treated, not only in letter but also in practice and spirit, as equal citizens. That is must for social cohesion of a country as big as India.

The author is Founding President of the Eurasian Century Institute, Islamabad-Pakistan and may be accessed at irfanzad@gmail.com