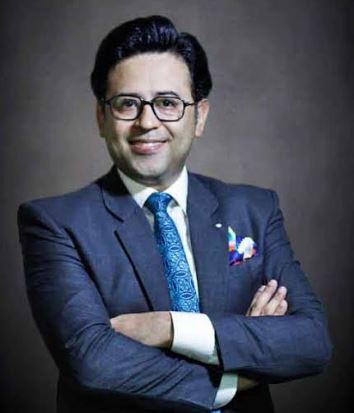 It is an established history of last few decades that Pakistan remained west dependent for her financial and political survival. The dependence of west is not limited to Pakistan but the major parts of eastern hemisphere were and somehow still look forward to the west. The reason is simple, and the reason is financial, scientific, and system design supremacy of the west. Specially, in post USSR era, the supremacy became unchallenged and resultantly exploitative. The challenge for eastern nations was multifaceted. First, they had to neutralize the impacts of colonialism imprinted on social, cultural, political, and cognitive fabric. Some had to break the shackles of monarch. Indeed, reaching to breakeven was itselfunmatched challenge. The progress begins afterwards. So naturally it was not an easy journey, but going through thick and thin few eastern nations proved to be resilient and progressive. In this context one of the least recognized nations in Pakistan is Indonesia.

It was a good surprise that on the instruction of PM Shahbaz Sharif, Minister for Industries and Production Makhdoom Syed Murtaza Mahmud led a delegation to Jakarta this month. The main purpose of the visit was to negotiate on the recent decision of the Government of Indonesia to ban export of Palm oil to Pakistan; due to the shortage of inhouse stock to meet domestic needs. The dialogue went well and 10 of palm oil shipments are expected to reach Karachi before the end of this month. To understand the importance of Indonesian palm oil we must know that Pakistan is the third largest importer of Indonesian palm oil. We import 80% of palm oil from Indonesia and rest 20% from Malaysia. More than 55% of Pakistan’s population: 220 million, depends on Indonesia for its edible oil. Already the loss of sunflower oil supplies from Russia and Ukraine have also affected Pakistan’s edible oil inventory. During these circumstances the Indonesian government’s ban on the export in April this yearwas a big blow. You can imagine that prices of branded edible oil in Pakistan rose by 6% per liter within few hours of Indonesia’s announcement. The ban affected Pakistan’s ghee and cooking oil supply andresulted in price hike as industry faced cancellations by suppliers under force majeure.Pakistan has Preferential Trade Agreement with Indonesia and could get exemption from Indonesian government export ban on palm oil. Surely as India has already approached Indonesia under the same agreement, might be Pakistan used the same approach. Anyhow, a friend in need is friend indeed. Besides this progressive meet-up there are plenty of other areas where both Muslim countries can extend support for mutual benefits. Pakistan and Indonesia share many commonalities, even in the history of last 70 years. Let us have a quick scan of post-colonial Indonesian history and where does it stand today.

Present Indonesia resisted the invasion of Japanese, and took independence from the clutches of Dutch colonialists in 1945. The Republic of Indonesia wasestablished and President Sukarno ruled under the new constitution.Then US fear of Indonesia’s leftward drift happened. United States tried to weaken Sukarno presidency by providing military aid to some rebellions, positioninganti-Communist camps within the Indonesian army through continued military education and equipment sales, and supporting anti-communism and pro-religious groups.This forced President Sukarno to dissolve the elected Assembly and replace it with an appointed one:a presidential system which he believed would make it easier to implement the principles of ‘GuidedDemocracy’. This was a short authoritarian regime, where government control of the media, and sendingopponents into exile was assured.This initiated a political and economic instability. Food shortages, poverty and separatist sentiment sparked rebellions.Then the regime changed and Mr. Suharto, one of the General in Indonesian army took over the capital and finally took charge as a president of Indonesia. Violence sweeps throughout the country. More than 1 million communists were arrested or killed. Communism was eradicated, and US intention for global political monopoly started growing roots.  President Suharto enacted “New Order” to focus economic development. It was indirectly a military control regime, running on the advice from American-educated Indonesian economic experts, known as‘Berkeley Mafia’.Relief aid, military training and arms sales flow exponentially increased from the United States, Britain and Australia. The poverty level came down, and Indonesia kept growing.

But in 1980s’an issue erupted in East Timor, Aceh; part of the province of Sumatra. The issue was based on Indonesia’s agreement to let US oil, gas and mining companies exploit Aceh’s rich natural resources. Free Aceh Movement started demanding independence. Prolonged fighting ensues, and in 1990 President Suharto declares martial law. Later on, a political settlement to an armed separatist conflict in Aceh was achieved in 2005 following the 2004 tsunami that killed 130,000 Indonesians, including a huge majority of the people of East Timor.In 1992, under President Bill Clinton, the US cited human rights abuses in East Timorand cuts off military training and restricts sales of military equipment to Indonesia. The reason was obvious; Cold War ended, communism declined globaly, US hegemony got establishedand the importance of Indonesia for the US was over. Civil unrest increased as the Asian financial crisis of 1997 coincides with falling oil and gas prices and the worst drought in 50 years. Then 9/11 happens. Indonesia faced severeripple of terrorism.Terrorist attacks in Bali in 2002& 20025 and Jakarta in 2003, resulting in the deaths of hundreds of tourists and foreign students, demonstrated the existence of jihadi groups in Indonesia.

Besides all unusual situations, Indonesia’seconomy performed very well in last two decades. You can imagine the growth by knowing that Indonesia is the only G20 member state in Southeast Asia, and the country has the largest economy in the region so to be classified as a newly industrialised country. Indonesia is the world’s 17th largest economy by nominal GDP and 7th in terms of GDP at (Purchasing Power parity), estimated to be 1.289 trillion and 3.995 trillionUS$, respectively.  Pakistan needs to realize this phenomenal growth.

The 70 years of Indonesian history resembles a lot to the history of Pakistan. Same foreign interferences particularly US, military intrusions in civil matters, political upheavals etc. But one thing is quite opposite. Indonesianeconomy grew significantly in last 20 years, and we as Pakistan deteriorated severely in almost all fronts; economy, society, politics, professionalism and the list goes on. Why? How and what to be done? No country other than Indonesia can actually help us know to figure it out and work it out. We need to take few more steps to get closer to Indonesia and benefit from their collective wisdom.