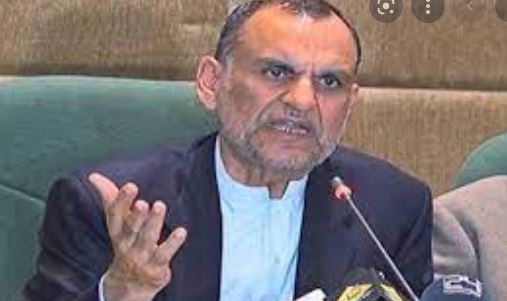 In his tweet on Saturday, he said that Pakistan would continue to raise
voice against oppression and barbarism on innocent Kashmiris by the
Indian army and would remain unshakeable in expressing solidarity with
its Kashmiri brethren.

To salute the unwavering resolve of Kashmiri people in their valorous
struggle for seeking right of self determination, Pakistan Railways had
launched a Kashmir Solidarity campaign, he added.

Special posters highlighting legitimate and inalienable rights of
Kashmiri people and the Indian atrocities had been displayed in railway
stations across the country to reaffirm Pakistan’s firm support to
Kashmiri people in their just cause of freedom. DNA