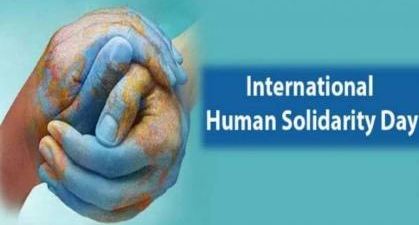 It also aims to remind people the importance of solidarity in working toward eradicating poverty. On International Human Solidarity Day, governments are reminded of their commitments to international agreements on the need for human solidarity as an initiative to fight against poverty. People are encouraged to debate ways to promote solidarity and find innovative methods to help eradicate poverty.

Solidarity refers to a union of interests, purposes or sympathies among members of a group. In the Millennium Declaration, world leaders agreed that solidarity was a value that was important to international relations in the 21st century. In light of globalization and growing inequality, the UN realized that strong international solidarity and cooperation were needed to achieve its Millennium Development Goals. The UN was founded on the idea of unity and harmony via the concept of collective security that relies on its members’ solidarity to unite for international peace and security.

On December 22, 2005, the UN General Assembly proclaimed that International Solidarity Day would take place on December 20 each year. The event aimed to raise people’s awareness of the importance of advancing the international development agenda and promoting a global understanding of the value of human solidarity. The assembly felt that the promotion of a culture of solidarity and the spirit of sharing was important in combating poverty. =DNA