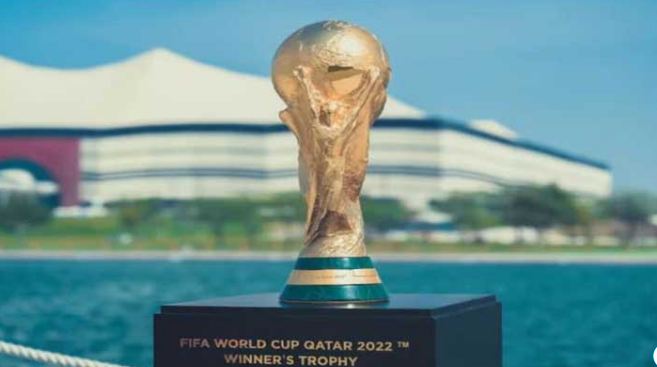 DOHA – There is no new name on the trophy and many of football s global superstars are taking their final bow but the most controversial World Cup in history will be remembered as a tournament of firsts.

The build-up to Qatar was overshadowed by allegations of corruption, mistreatment of migrant workers and criticism of the Gulf state s human rights record from the moment it won the bid in 2010.

FIFA president Gianni Infantino made an impassioned defence of the World Cup on the eve of kick-off, blasting the “hypocrisy” of Western critics, but off-field issues continued to rumble.

Heavyweights France and Argentina progressed to the final, each looking to win the trophy for a third time after a tournament packed with shocks and surprises.

Four-time winners Germany crashed out at the group stage for the second successive time while Argentina were beaten by Saudi Arabia in their opener in one of the biggest shocks in the tournament s history.

Japan beat Germany and Spain to progress to the last 16 while South Korea also made it to the knockout rounds in a strong showing for Asian teams.

But Morocco were the nation that caught the imagination — becoming the first side from Africa or the Arab world to reach the semi-finals, before losing 2-0 to defending champions France.

The north African nation beat fancied Belgium in the group stage before eliminating Spain and Portugal in the knockout rounds, with their victories celebrated in Doha and across the Arab world.

Walid Regragui s team showed other African and Arab sides what is possible, especially as the expansion of the tournament to 48 teams from 2026 increases the number of qualifiers. Africa will have nine slots while Asia will have eight.

“With nine participants, we re going to learn. In 15, 20 years, I m sure an African team will win the World Cup because we ll have learned,” said Regragui.

No African teams made it beyond the group stage in Russia four years ago, but this time Senegal also reached the last 16 while Cameroon became the first team from the continent to defeat Brazil at a World Cup.

Every inhabited continent was represented in the knockout stages, allowing Infantino to celebrate the sport “becoming truly global”.

It was a different story for Asian champions Qatar, who produced the worst performance by a World Cup host — dumped out of the group stage without a point and with just one goal.

Another talking point is that officials have added unprecedented amounts of stoppage time to games.

“People want to watch football, more football. And we, FIFA and IFAB have been asked to do something about it for years,” said FIFA refereeing chief Pierluigi Collina, referring to football s lawmakers.

The quality of football has not suffered from the decision to shift the World Cup to a November and December timeslot — the middle of the European season — for the first time.

There had been seven goalless draws before the final — up from just one four years ago, but FIFA s head of football development Arsene Wenger was adamant that the shorter preparation time had not impacted the tournament.

A total of 166 goals were scored before Sunday s showpiece, an average of 2.6 goals per game — almost identical to 2018.

Brazil failed to live up to their status as pre-tournament favourites, eliminated by European opposition before the final at a fifth consecutive World Cup.

Neymar said he was “psychologically destroyed” by the result, indicating he could quit international football.

Luka Modric, at 37, and 36-year-old Olivier Giroud stood out, while Cristiano Ronaldo — reduced to the role of substitute — and Luis Suarez bowed out in disappointing fashion.

Lionel Messi, at 35 and playing at his fifth finals, has arguably been better than ever for Argentina.

“It s been a tournament of players who are ready earlier and earlier in top-level sport and players who have lasted longer and longer than ever before,” said Wenger.

Despite the excitement on the pitch, the issues that dominated the build-up to the tournament never entirely went away.

Germany s players covered their mouths for the team photo before their opening match against Japan in protest at a ban on wearing anti-discrimination armbands in a country in which homosexuality is illegal.

A Kenyan security guard died after falling from an upper floor at the Lusail Stadium, adding to the toll since Qatar was awarded the tournament.

Organisers had said before the latest fatality that there had been 37 deaths of World Cup workers, but only three involving “work-related” accidents.

Rights groups says thousands of foreign migrant workers have died on construction projects across Qatar over the past decade and have demanded a special compensation fund.

For Infantino the Qatar World Cup was the “best ever”. For others, the jury is still out.