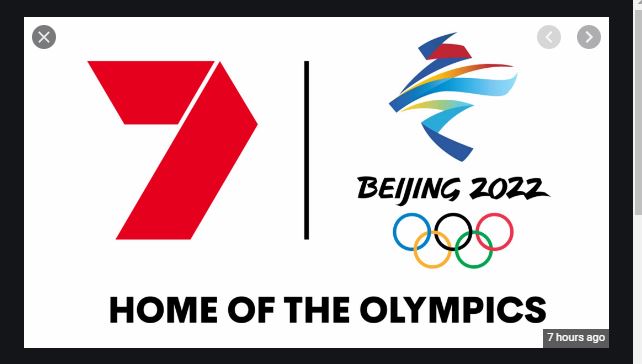 Seven has acquired broadcast rights on all media platforms for Beijing 2022. As announced in 2014, Seven will also continue to be the IOC’s broadcast partner in Australia for the Games of the XXXII Olympiad in Tokyo.

IOC President Thomas Bach said: “The IOC is delighted to announce an extension to our agreement with Seven in Australia. We have a partnership that dates back to the Olympic Games Melbourne 1956, and Australian sports fans will be able to count on Seven’s sports broadcast expertise and passion for at least another edition of the Olympic Games in Beijing in 2022. In addition, as the IOC redistributes over 90 per cent of its revenues, the financial support of our long-term commercial partners benefits the athletes, including the Australian Olympic team for Beijing 2022, and the entire Olympic Movement. This solidarity is more important now than ever.”

James Warburton, Seven West Media Managing Director and Chief Executive Officer, said: “We’re thrilled to announce this continuation of our partnership with the International Olympic Committee, to be the home of the Beijing 2022 Winter Olympics. The Olympic Games are part of our DNA at Seven, so we can’t wait to work with our partners at the IOC to deliver another incredible experience for Australian audiences.”

Kurt Burnette, Seven West Media Chief Revenue Officer and Director of Olympics, said: “Today’s announcement solidifies Seven as the destination for the biggest events. In the space of seven months, we will be the exclusive broadcaster of Tokyo 2020 and now Beijing 2022. Both events are set to deliver unparalleled audiences, amplified by Beijing 2022 being the third consecutive Olympic Games we’ve broadcast in a favourable time zone for Australian audiences, just two hours’ difference from Australia’s east coast. PyeongChang 2018 broke records on broadcast and digital, and we know Beijing 2022 will set new records again.”

Lewis Martin, Managing Director for Seven Melbourne and Network Head of Sport, said: “In July next year, we’ll bring Australian audiences the Olympic Games Tokyo 2020 with a level of coverage never before available for free in Australia for an Olympic Games. Multiple broadcast channels, dozens of digital streams on 7plus, all available on any device a viewer might choose – it’s going to be an exceptional experience. Just seven months later, we’ll build on that coverage with Beijing 2022, giving Australian audiences a new level of coverage for an Olympic Winter Games. We can’t wait.”

During the Olympic Winter Games PyeongChang 2018, 16 million broadcast viewers were reached across the screens of Seven. Both the Seven Network and Channel 7 were number one in every market and every key demographic for every day of the Games. And with 103.5 million minutes live streamed on 7plus and 4.5 million people reached across social media during PyeongChang 2018, digital platforms will deliver huge growth to complement the already massive broadcast audience.

Our athletes are really looking forward to the Beijing Games in February 2022 and the chance to represent their country before a huge television audience back home. Right now, with 15 months to the Beijing Games, we have Australian athletes preparing themselves in Europe and North America, while our freestyle skiers are currently training at our new Olympic Winter Training Centre in Brisbane.”

Burnette said: “With Tokyo 2020, we’re delivering not just massive audiences, but niche audiences at a scale never before achievable. We’ll do exactly that again just seven months after Tokyo 2020 with Beijing 2022, offering brands a series of opportunities to reach exactly their targets in ways never previously possible. Plus, it’ll enable brands to start their 2022 in a big way with what will be the biggest cultural and sporting event of the year across broadcast and digital. It’s an unbeatable opportunity.” = DNA