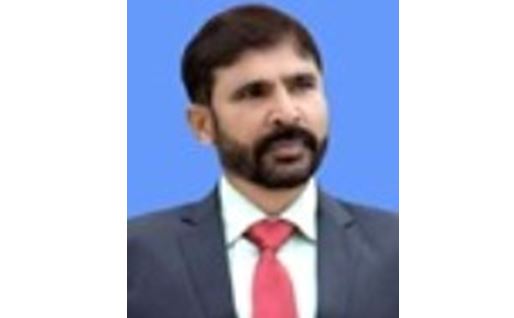 Since the administration of President Joe Biden, the US alignment in Asia and in the Middle East has entered in a new phase. All regional states are revising their policies according to new realities, but Iran hopes that post Biden regime may diminish its pressure then Tehran could build up its regional influence. On the other hand regional states are shifting their policies and entering into new alignments to limit Iran. Turkey also has entered in to a new phase of competition with the Islamic Republic of Iran.

Since the end of September 2021, Tehran and Baku have been working to reduce tensions. Iran and Azerbaijan started focus on promoting economic cooperation and advancing plans to establish regional transport links, such as the North-South Railway Corridor, which connects India with Russia through Iran and Azerbaijan. In the meantime, the improvement of the collective economic well-being of the South Caucasus region in the interest of all regional states, such efforts are welcomed and encouraged. Basic geopolitical tensions may derail economic integration efforts at any time. In this context, the Iran-Turkey confrontation is the most important issue in the South Caucasus to increase influence. Some scholars think that Azerbaijan’s victory in the 2020 war against Armenia could not have been achieved without the support of Turkey and Israel. In this context, Baku is encouraged and has proved that its military diplomacy as well as Turkey and Israel were on the right side as its main foreign partners.

In this sense of political rationality in Baku has to face its own challenges because Israel is Iran’s biggest regional rival. Since the mid-1990s, Iran has had to engage in a delicate balancing act not to let the close military and security cooperation between Baku and Jerusalem affect Tehran-Azerbaijan cordial relations. However, it alarms Iran about Turkey’s plans to expand its influence in Azerbaijan and the South Caucasus that can spark new tensions and a new chapter in the region’s history. Meanwhile, Russia, which has its main Turkish minorities and shares Iran’s fears about pan-Turkism, has invaded in Ukraine that cast negative impact on Moscow’s ability to play a historic role in the region.

Along these lines, Iranian officials often argue that the Turkish-Azerbaijani agreement to use the pan-Turkish card against Iran is a strong support to Israel. Tehran always has been complaining to Baku that it provides “safe havens” to ethnic Azerbaijani separatists. On the other hand, Russia’s-Ukraine war, hope that Ankara and Baku will increase their support for Pan-Turkism, and this will put them on the brink of an unending confrontation with Tehran.

The economic dimensions are also very significant as well to the Iranian-Turkish strategic competition in the South Caucasus. It is said that Iran’s central location allows it to serve as a land bridge for transit routes connecting West Asia with Europe and East Asia. This is a fact that no one can deny at the map. What cannot be denied is that the United States and Israel have opposed and continue to oppose Iran’s involvement in regional projects, which would benefit it economically.

Tehran has done little to find ways to reduce that opposition, as this would require reshuffling its overall foreign policy and easing tensions with the United States and Israel. Instead, Tehran’s focus is on those countries that recognize Iran’s as a regional hub for trade and transit. Although the Iranians acknowledge that they are slow to rectify the situation and regret for not given its speed with which Turkey is moving towards becoming the hub of a regional corridor for the whole of West Asia, including the South Caucasus and Central Asia. As a result, Turkey’s recent efforts, including the unveiling of plans to connect Central Asia through the Caspian Sea, is a direct challenge to Iranian interests.

Turkey’s Trans-Caspian Corridor Initiative, which Ankara also refers to as the “Middle Corridor”. It connects Turkey to the Caucasus via Georgia and Azerbaijan, and then through a sea link across the Caspian Sea to Central Asia and China. Turkish marketing calls it the “renaissance” of the Silk Road.

A sub-component of Turkey’s efforts is the Turkey-Georgia-Azerbaijan-Turkmenistan-Afghanistan Transit Corridor Agreement, also known as the “Lapis Lazuli Agreement”. The net loss in the development of the connecting route is Iran, which would potentially be excluded from the important regional transit network, which would also jeopardize Iran’s trade relations with Afghanistan and the Central Asian states, as more trade flows. This means more competition for the export markets on which Tehran currently depends.

Despite such realities, Iran is slow to act. Tehran needs to review its transit policy for the regional trade. In October 2021, when two Pakistani trucks were carrying goods to Turkey via Iran, they encountered a bureaucratic delay at the border, which was resolved only after mediation by senior customs officials in Tehran. The incident revealed a weak system that is not attractive to large-scale international trade. Iran needs to sign bilateral and multilateral transit agreements with its neighbors and beyond to become a major transit route.

In short, Iran and Turkey are currently engaged in a delicate but intense competition for influence in the South Caucasus, including in the realm of possible new transit projects. Iranians know that lifting sanctions is crucial to their ability to be the center of regional transit. It is a source of income that Iran would welcome. According to reports, the revenue of goods exported through Iran is the same as that per barrel of oil exported.

But Tehran’s dilemma is so great that it cannot turn its geography into a transit hub and a source of income. Despite recent efforts by Baku and Tehran to focus on mutually beneficial economic cooperation wherever possible, a broader political dialogue is needed. Above all, Iran needs to do more to promote the constructive role as a mediator between Azerbaijan and Armenia. There is no doubt that a war between Armenia and Azerbaijan over control of the disputed Nagorno-Karabakh region in late 2020 had blinded Tehran. Iran was equally shocked by the involvement of Turkey and Israel during the fighting and after the Moscow-brokered ceasefire, but unlike Tehran, Ankara was part of the talks.