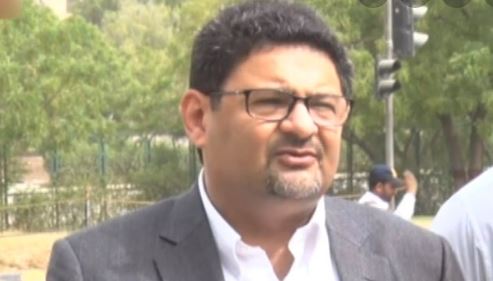 ISLAMABAD, Jun 14 (DNA): The top International Monetary Fund (IMF) official in Pakistan has asked the country to “do more” to achieve the key targets laid out by the Fund for the resumption of the loan program.

In a statement, IMF’s Resident Representative for Pakistan, Esther Perez

2022-23 presented by the federal government.

The federal government, Friday, tabled the annual budget with a total

outlay of Rs9.502 trillion, of which Rs7.4 trillion will be financed by

The budget estimates show that the government intends to collect Rs720

billion in petroleum development levy, a key indication that it would

reimpose the levy on petroleum products.

and expenditures’ targets estimated by the government.

“IMF is ready to continue its support to stabilize macro economic

prices of petrol and electricity.

In an interview to a private television channel, the finance minister

said without the hike, there would be no agreement with the IMF, adding

that without the Fund’s support, the country would default.

deficit and a plummeting rupee.

However, a major sticking point between the two parties were the costly

subsidies — for fuel and electricity — which the IMF wanted to be

The government, in partial fulfillment of the Fund’s condition, hiked

the prices of petrol and diesel by Rs60 in less than a month. However,

it is still providing a subsidy, while collecting “zero” tax.

Ismail linked Pakistan’s economic stability to the deal with the IMF,

saying that without it, other lenders like the World Bank and Asian

Development Bank would not give “even a single penny” to Pakistan.

“I have told the prime minister that we have to take tough decisions.

The prime minister is unhappy with increasing the prices of petroleum

products. Whenever I send a summary [for price hike], the ministers