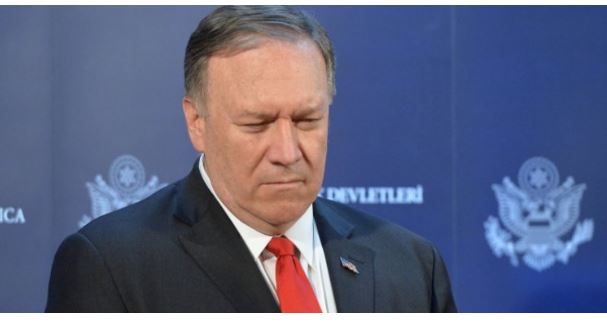 Iran’s former top military commander Qassem Soleimani was killed to stop a plot against 500 Americans, according to former US Secretary of State Mike Pompeo.

“General Soleimani was engaged in a plot to kill another 500 Americans. We had the opportunity to take down that plot, and we did,” Pompeo said in an interview with Al Arabiya published Friday.

“Well, we didn’t just do one of those or two of those. We did each of those three things and there was no war,” he said.

Asked whether it was a fast decision made by the government, he said “we had been working to protect our assets in Iraq, our people in Syria and in fact, Americans all across the world for an awfully long time.”

“We had been watching what the Quds Force was up to,” he said. “And so in that sense, it was a project that we had been engaged in continuously and then we had this opportunity to stop what was an imminent attack on US resources, US assets, US people and … the president made the decision to just do that.”

IRANIAN REGIME ‘EVIL THEOCRATS’ AIMING TO DESTROY US AND ISRAEL

Pompeo said the Iranian regime is made up of “evil theocrats” who are aiming to destroy the US and Israel.

“We know who the Iranian regime is. These are evil theocrats intent on the destruction of the nation of Israel and the United States of America. We ought not to be negotiating to figure out how much money to give them in exchange for an ephemeral promise for just a moment to slow down their enrichment and weapons program,” he said, regarding US President Joe Biden‘s approach to Iran and a possible return to the Iran nuclear deal.

Talks between Iran and world powers in Vienna to salvage the 2015 nuclear deal, known as the JCPOA, have been stalled amid key disagreements between Tehran and Washington.

The US walked out of the deal in May 2018 and reinstated sanctions on Iran. In response, Tehran ramped up its uranium enrichment process from 3.65% stipulated in the deal to 60%.

“We know they (Iran) lied about the history of that program the first time. Why would we negotiate with someone who has lied about their nuclear program is beyond me,” said Pompeo.

Regarding a resolution adopted by the UN nuclear agency urging Iran to fulfill its obligation to the Treaty on the Non-Proliferation of Nuclear Weapons (NPT), Pompeo said it was “good” but should have been done “months ago.”

Iran has been “in violation of the NPT for an awfully long time,” he said. “The question isn’t what resolution someone will sign at a cocktail party. It’s what is the enforcement mechanism that one is prepared to use in order to ensure that Iran comes back into compliance with the NPT.”