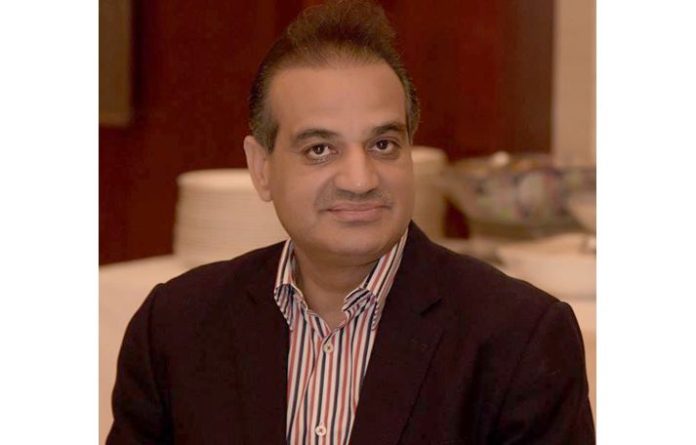 Imran Khan during his recent interaction with the media people had desired the Punjab Chief Minister Ch. Pervez Elahi to take a confidence vote ahead of the court hearing that resumes today. But hitherto Pervez Elahi has not done so nor does he intend to do it even in the coming days. Pervez fears if he gets a confidence vote, the PTI chairman will ask him to dissolve the assembly.

There is also a possibility that some of the MPs may not put their weight behind him if a vote takes place. So in both cases he has chances of losing his power that is why he has perhaps decided to stay in power and wait for the decision of the Lahore High Court. He seems to have succeeded in persuading Imran Khan as well that they should wait for the court verdict.

Pervez Elahi, in his recent interviews, came down heavily on the PTI leadership openly taunting it to have knuckled under pressure of the erstwhile Punjab government on May 25 when the party had decided to launch a long march towards Islamabad. In a way, he tried to scare the PTI leaders that if they lose the government in Punjab, they might face a similar situation. The PML Q is well known for being a party of the Establishment. Even when Pervez Musharraf was ruling this country the PML Q used to say that it would get the dictator elected to power again and again even in the uniform.

According to Pervez Elahi, it was General Bajwa who had asked them to join the PTI in order to form a government in the Punjab. The Q league therefore considers General Bajwa as its benefactor. Not only this they Q leaders would sarcastically remind the PTI as well that it was because of the ex. army chief that they could enjoy power for about four years. Pervez probably wants the PTI not to grill Gen. Bajwa – a demand outright rejected by Imran Khan.

The PTI chairman has now made it clear that if Pervez Elahi does not seek a vote of confidence he will then ask his MPs to resign from the Punjab Assembly. Since the Speaker of the Punjab Assembly belongs to the PTI therefore there won’t be any problem in acceptance of the resignations.

The PTI is of the view that Pervez Elahi has already betrayed the PDM and especially the PML N therefore it may not be possible for him to go to the PDM for support in case the PTI withdraws its members from the provincial assembly. Hence, it thinks Pervez Elahi has no option but to comply with the demand of dissolution of the assembly.

In the light of this it is not out of the question that Pervez Elahi when abandoned by the PTI, again resorts to the PDM for help and the PDM leadership ‘ in the larger interest’ of politics and perhaps country as well, welcomes the Q leadership into the huddle.

Imran Khan’s predicament emanates from his inability to foresee things beforehand. His approach of crying over the spilt milk has  not earning any good repute to him. It was he who gave a three year full term to ex. Army chief but now he is trying to tell people that he committed a big mistake. It was he who had appointed the Chief Election Commissioner (CEC) but now he is repenting on his decision. It was him who appointed Lt. Gen. Asim Munir as the DG ISI ( now the army chief), but within months he removed him only because he had unearthed some fishy things happening in the prime minister’s house. His critics nevertheless give him the benefit of doubt that the error of judgment on his part was because of his being new to statecraft and if voted to power, this time he may conduct himself in an independent manner.

While this remains an undeniable fact that Imran Khan has emerged as the most popular political figure in Pakistan after his ouster, his ability to run the country in an efficient manner carries doubts. However, if he has learnt from his mistakes then it may altogether be a different game.

Normally, we do not have a history and tradition of our politicians learning from their past mistakes. Most of them believe they had never committed any mistakes in their political life. Same goes for the military dictators as well.

Undoubtedly, fresh elections seem to be the only viable option to lift the country out of political and economic quagmire. The coalition government lacks credibility that is why the international donors are hesitant to contribute generously to the flood relief fund. The Geneva donors’ conference is unlikely to yield positive results from Pakistan’s perspective because the donors are not sure about the rightful utilization of their contributions.

Political and economic instability makes it incumbent upon the authorities to pave way for the early elections. Even an early caretaker set up can relieve us from most of our economic woes. I do not see any problem with the idea of having a caretaker set up for a longer period in order to give relief to the bruised and battered economy.

PTI’s survival lies in its politics of agitation and protests. The party seems to have been distracted from this path ever since its chairman was advised to stay at home after sustaining injuries in the Wazirabad firing incident. Imran Khan needs to be in action again in order to whip up the slow but gradual drop in the party’s popularity.