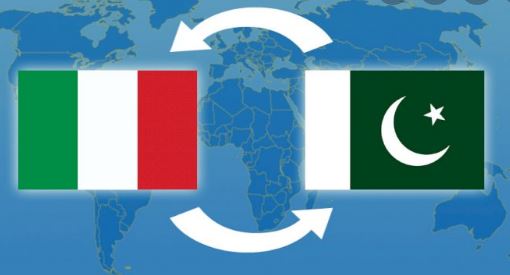 ISLAMABAD, JUN 14 (DNA): At a time when Pakistan’s economy is struggling
with ever widening trade deficit, some of our export markets are
displaying exceptional growth.

Italy is among the countries where Pakistan’s exports have been rising
phenomenally despite the tough market conditions caused by the COVID
health emergency, said a statement issued here on Tuesday.

Italy has become ‘billion dollar’ export market for Pakistan for the
first time ever. In the first 11 months of this year, our exports to
Italy increased 46% which is highest growth rate among all of our export
destinations in Europe.

In this period, Pakistan’s trade surplus with Italy has increased 84%.
Just three years ago, Pakistan actually had a trade deficit of $148
million with Italy.

In the last three years, despite the pandemic driven market disruptions,
Pakistani trade with Italy not only recovered from the deficit but has
turned around to post a trade surplus of half a billion dollar.

This remarkable achievement owes much to the resilience and dynamism of
Pakistani entrepreneurs in the export sector, ably supported by Pakistan
embassy in Italy.

Ambassador to Italy, Jauhar Saleem, has been regularly briefing media
about the Embassy’s initiatives for trade, investment and remittances
enhancement, including engagement with the host government, industry
associations, business leaders, chambers of commerce and SMEs.

Pakistan’s exports to Italy have crossed $ 1002 million during the first
11 months of this financial year with the value added sectors becoming
the main driver of growth that has produced a trade surplus of around
half a billion dollar.

That too at a crunch time for the country reeling from record trade
deficits. From an increasingly diversified export basket, home textiles,
leather, rice, plastic products, surgical instruments, general fitness
equipment and auto-parts have been the top performing product lines.

In the wake of the pandemic led health consciousness, Pakistan’s exports
of articles of general fitness have also increased by over 100%, while
export of plastic products has increased 356 %, making Italy Pakistan’s
4th largest export destination for plastic products.

Pakistan also further improved its position as the market leader in rice
sector with its exports increasing by another 31%.

The embassy has been specially engaging with sourcing firms and
investors so as to leverage the pandemic hit conditions to Pakistan’s
advantage in terms of enhanced focus of Italian importers on Pakistan,
which has helped promote greater B2B interaction as well as exchange of
delegations.

Chairman Pakistan Footwear Manufacturers Association (PFMA), Zahid
Hussain has, in a press statement, recognized the support of Pakistan
Embassy Rome for footwear exporters in recovering from the challenging
conditions and getting back on growth trajectory in the Italian market.

He appreciated the role of the Embassy in establishing Pak-Italy
Footwear Technology Institute at Lahore that is playing a vital role in
inducing competitiveness and modernization of Pakistan’s footwear
sector.

There has also been an unprecedented inflow of workers remittances from
Italy to Pakistan in the last couple of years.

The overall growth in workers remittances from Italy has been almost 50%
in the first 10 months of this year, making Italy Pakistan’s biggest
source of remittances in the EU and the 7th largest in the world.
Workers remittances are expected to cross 850 million by the end of the
current financial year.

Both countries are also working on a Labour Agreement which would open
new opportunities for Pakistani skilled and semi-skilled workers in the
Italian market. The FDI from Italy has also witnessed promising growth
during the current year.

As health concerns and travel restrictions relating to COVID abate,
corporate travelling from Italian businesses to Pakistan is picking up
fast.

Many Italian investors are currently negotiating and finalizing
investment deals; especially in the areas of food processing,
construction, chemicals, energy, textile, leather, and IT. Italy’s
largest player in the energy sector ENEL is also exploring Pakistani
market for investment.

The embassy is providing all required support to facilitate the growing
investments, particularly in a JV mode so to promote the flow of
technology and know how as well.

The overall Pakistan-Italy commercial cooperation in the three main
sectors of economic engagement is now worth $2.5 billion, which is the
second highest in the European Union after Germany. DNA