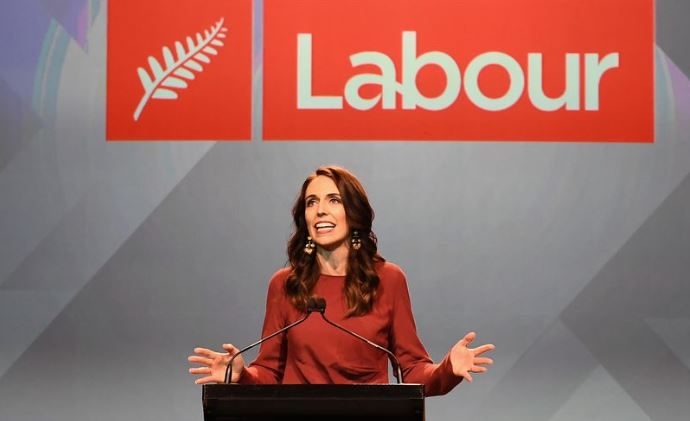 ”Our plan is already in action and already working, but after this result we have the mandate to accelerate our response and our recovery, and tomorrow we start,” Ms Ardern said in her victory speech.”“Now more than ever is the time to keep going, to keep working, to grab hold of the opportunities that lay in front of us.

”She acknowledged that the next few years might not be easy for the country, but that they would get through it.“That light has always been more powerful than the most overwhelming darkness,” she said.It remains to be seen whether Ms Ardern has the support to govern as a single-party government, which New Zealand has not had for 24 years.Ms Collins did not surrender the National leadership, assuring the party instead that the 2023 campaign began now.“We will hold the Government to account for failed promises and we will push, on behalf of all New Zealanders, the Government to do better for Kiwis,” she said.

It remains to be seen whether Deputy Prime Minister Winston Peters’ NZ First party will remain in government.More than two million people – half of the registered voters in the country – voted early.Ahead of the vote, Ms Ardern polled well ahead of Ms Collins.New Zealanders are also poised to decide on two landmark social issues: whether to legalise recreational marijuana and whether to legalise euthanasia.

A “yes” vote on both referendums would arguably make the nation of five million one of the more liberal countries in the world. Polls indicate the euthanasia referendum is likely to pass while the result of the marijuana measure remains uncertain.