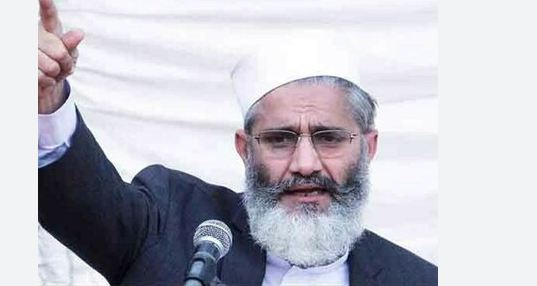 Addressing party workers at Mansoorah on Saturday, he said the unity government of the PDM and the PPP was the continuation of the PTI as the troika failed to provide any relief to the masses.

People were standing in queues to purchase flour in every city and the prices of essential commodities went beyond the common man’s reach, he said, adding that the troika was responsible for the worst inflation in the country’s history. He said the rulers were still engaged in the protection of self-interests, ignoring real issues.

Hurling abuses at each other and scandals were their favourite politics, he regretted. The tested parties were badly exposed and the people must get rid of them to put the country on track, he said, adding the ruling parties would bring no solution to the problems if they continued to rule for the next hundred years.

The establishment, he said, put the feeder of milk in the mouths of the PDM, the PPP and the PTI, as their politics was entirely dependent on the support and backing of the institution.

Haq said the incumbent and the previous governments wanted to keep the status quo intact. The corrupt system suits jagirdars and imperialists, he said, adding the ruling elite was least interested in accountability and they wanted the continuation of an interest-based economy. He said the ruling elite made wealth and stashed their money in shall companies, keeping the masses deprived of even basic needs.

He said the national economy was in control of the IMF and the rulers were still looking towards the global lender for solutions to the problems. He said the JI would continue struggle for the rights of the people. If voted to power, he said, the JI could transform Pakistan into an Islamic welfare state.