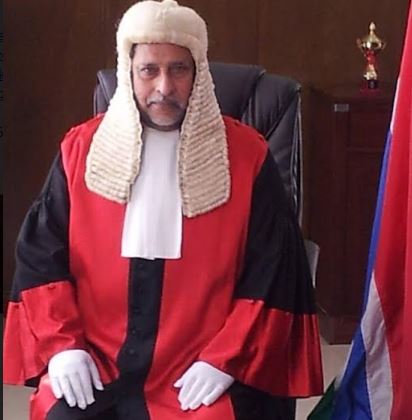 ISLAMABAD: Renowned jurist, intellectual and judge, Justice Ali Nawaz Chowhan has been appointed at the Honoray Consul General of Gambia in Islamabad with consular jurisdiction over whole of Pakistan.

The President further wrote in the letter that Jusitce Ali Nawaz Chowhan may be given all facilities available to the diplomats including all sorts of immunities.

It may be mentioned here that Justice Chowhan has served as the Judge of the International Court of Justice, The Hague, and Chief Justice, Supreme Court of Gambia.