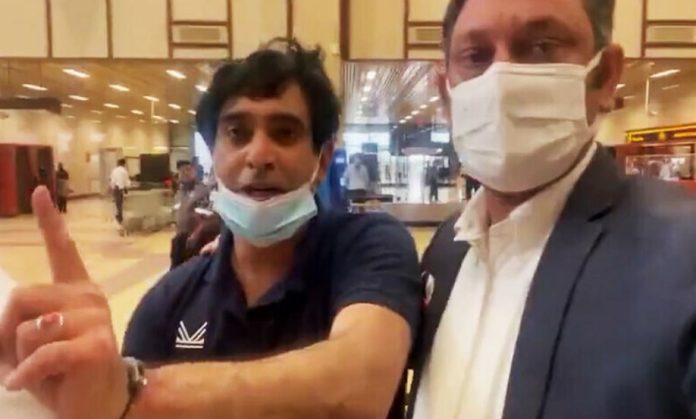 A Karachi district and sessions court on Monday granted the Islamabad police three-day transitory remand of anchorperson and popular YouTuber Jameel Farooqi after he was arrested for “falsely accusing” the law enforcement agency of physically and sexually assaulting PTI leader Shahbaz Gill.

A first information report (FIR) was registered against the journalist at the Ramna police station.

During the hearing, the magistrate examined the case record, including the transit permission from the Sindh home department. He inquired if the suspect had been subjected to torture in custody but Farooqui did not complain of any maltreatment.

Instead, the suspect said that his family had not been informed about his arrest. Subsequently, the court instructed the police to inform Farooqui’s family about the case.

The magistrate also noted that the police record showed that the matter pertained to the Ramna police station where the FIR was lodged but the accused could not be traced and was later apprehended near the Cantonment General Hospital in Karachi.

“In the given situation, the police office’s request seems justified to the extent of granting Farooqui to transit police custody remand; and hence, the accused is remanded to such police custody for three days,” he ruled.

Furthermore, the magistrate directed the IO to produce the journalist before the magistrate concerned according to the law under the intimation to the incumbent court.

But, if the three-day period of the suspect’s remand expires in the meantime before reaching the Islamabad court for whatever justifiable reasons, the police shall seek a fresh remand from the nearest magistrate in surroundings for further proceedings, the court added.