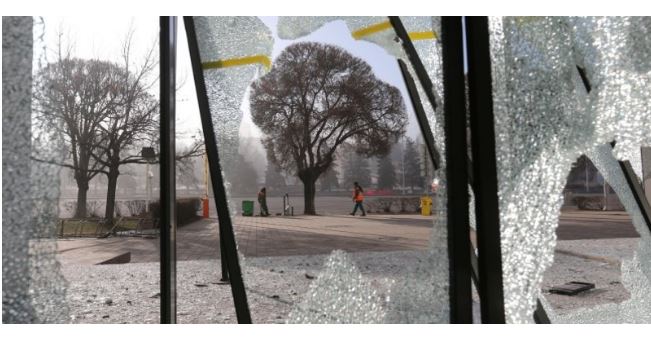 “The task now is to rebuild the city in the shortest possible time (…) I have no doubt the city will be restored,” he told a government meeting, according to a statement on the presidential website.

The visit comes on the eve of the start of the announced withdrawal of a Russia-led military contingent of more than 2,000 troops that were sent to help restore order after peaceful protests gave way to violence and looting.

“Tomorrow begins the organised withdrawal of the peacekeeping contingent” from the Collective Security Treaty Organization (CSTO), the alliance led by Moscow, confirmed Tokayev.

Almaty showed further signs of a return to normal life Wednesday with many more people out on the streets than last week and most restaurants and shops open.

AFP correspondents saw helicopters flying overhead as Tokayev met officials in the the city where municipal services were cleaning up broken glass from shop windows smashed by looters.

Tokayev said Russian and allied forces “played a very important role in terms of stabilising the situation in the country”.

“Without a doubt, it was of great psychological importance in repelling the aggression of terrorists and bandits. The mission can be considered very successful,” he added.

Tokayev also spoke with relatives of law enforcement personnel killed in the riots and visited injured people in hospital, the presidential website said.